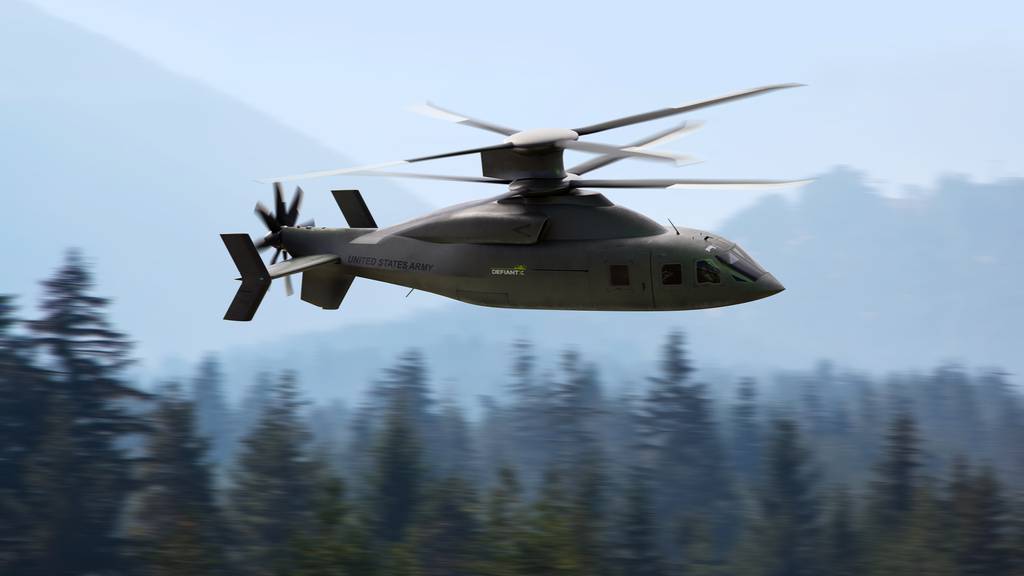 As the Army emerges from twenty years of counterinsurgency operations, it is refocusing its doctrine and combat capabilities to meet threats posed by peer adversaries in European and Pacific theaters – modernizing its equipment and offering new capabilities to soldiers.

The Army’s Future Long-Range Assault Aircraft is one such transformational modernization program that will provide a game-changing capability that the Army does not have today.

The FLRAA program will provide the Army with the ability to fly faster, reach farther and potentially carry more payload than today’s traditional helicopters, especially the UH-60 Black Hawk that it seeks to replace. This is a game-changer not only for airmen, but also for ground force commanders.

As a former infantryman and combat commander, FLRAA will provide capabilities I didn’t have that can project combat power deep into the battlespace to surprise and overwhelm the enemy. As the military reorients itself to peer threats, the ability to maneuver combat forces large enough to overwhelm and surprise the enemy is absolutely essential.

I commanded in Iraq and Afghanistan and regularly conducted air assault operations. Helicopters allowed me to maneuver around terrain and mass combat power on objective – often in very tight places – and completely overwhelm the enemy. In fact, the ability to masse combat power, infantry and equipment directly on the objective is the key principle of an air assault operation.

Massing the force on the objective overwhelms the enemy, catches him off guard and allows for a quick and successful result. Future conflicts will require flying deep into enemy territory, making the need to massage combat power into tight, confined areas, such as urban environments, even more important. When the soldiers step off the plane into a “hot” landing zone, they want all their buddies with them. They can’t afford to wait for reinforcements. As the Army considers options for FLRAA, the ability to quickly mass combat power reduces operational risk, increases survivability, and ensures success.

Another key attribute that the FLRAA will bring to the ground commander is the ability to operate in and around the objective area with greater lift capacity and greater reach. It is important that the next aircraft have an increased capability to sling load vehicles, heavy artillery, all classes of supply, and evacuate casualties with speed and precision.

One of the challenges I encountered in Afghanistan was getting soldiers and equipment through mountain ranges or high-altitude, high-temperature landing zones. The UH-60 Black Hawk helicopter, which is smaller in size, more numerous and less expensive to operate, simply lacked the power to perform the traditional assault and resupply mission in these environments. This necessitated the use of the CH-47 Chinook, a large, high-performance helicopter, to perform “Black Hawk” missions.

These terrain-related challenges will persist in parts of Europe and the Pacific where heat and altitude limit aircraft performance. If the FLRAA, for example, can conduct an artillery raid with an M777 howitzer, crew and munitions in a remote location to support combat operations, that’s a game changer and a real combat multiplier. If the FLRAA can get these mission-critical items into more confined areas more quickly, it frees up the heavy-lift CH-47 for other missions the Army needs.

Today we face a persistent peer threat where we must plan to fight without aerial or logistical dominance. As I write this, more than 100,000 Russian troops are massed on Ukraine’s borders in modern formations and equipment, with extensive air defense, long-range artillery and rockets. NATO is building up its capabilities along its eastern flank to deter Russian aggression and prepare for possible Russian operations on NATO territory.

If the military is to fight, it won’t be counterinsurgency – it will be high-intensity warfare in multinational formations in a highly contested electronic warfare environment against a highly deadly enemy. More than ever, we need the next-generation long-range air assault aircraft, the program’s namesake, to have the transformation capability to mass soldiers and equipment to an objective, achieve the element of surprise and serve as a true combat multiplier. We needed the FLRAA yesterday.

Lieutenant General (Retired) Ben Hodges is the former Commander of the United States Army in Europe. He currently holds the Pershing Chair in Strategic Studies at the Center for European Policy Analysis.