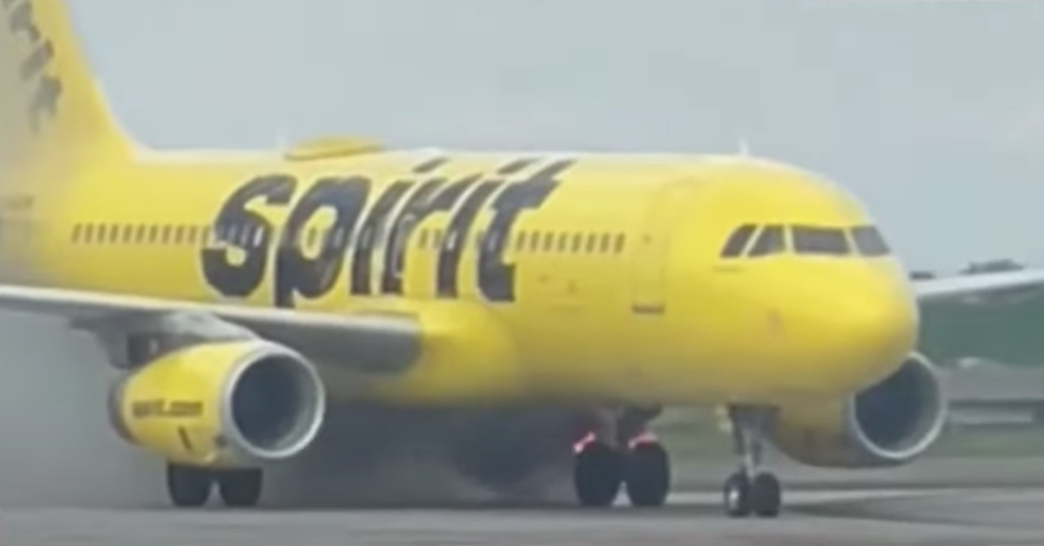 Spirit spokesman Erik Hofmeyer said one of the brakes on the plane, arriving from Tampa, overheated on the tarmac, causing the tires to burn. After first responders successfully smothered the fire, the plane was towed to a nearby gate where passengers were able to safely disembark. “Thank you to Atlanta first responders for immediately meeting the plane,” Hofmeyer said. “The aircraft will be temporarily removed from service for maintenance.”

Scottie Nelms, a passenger aboard Spirit Airlines Flight 383, told FOX 5 Atlanta that he and everyone on the plane began to panic once they noticed flames emerging from what appeared to be be the engine. “Once we landed it made a strange noise from the left side of the plane. Nobody knew what it was until we came to a complete stop in the middle of the landing strip,” Nelms recalled, “We saw a flame come out of the engine and people and I started to panic.”

Flight attendants on board the flight told passengers to stay in their seats unless instructed otherwise.

Sign up for the Complex Newsletter for the latest news, events and unique stories.

The sports world reacts to the strange video of Herschel Walker