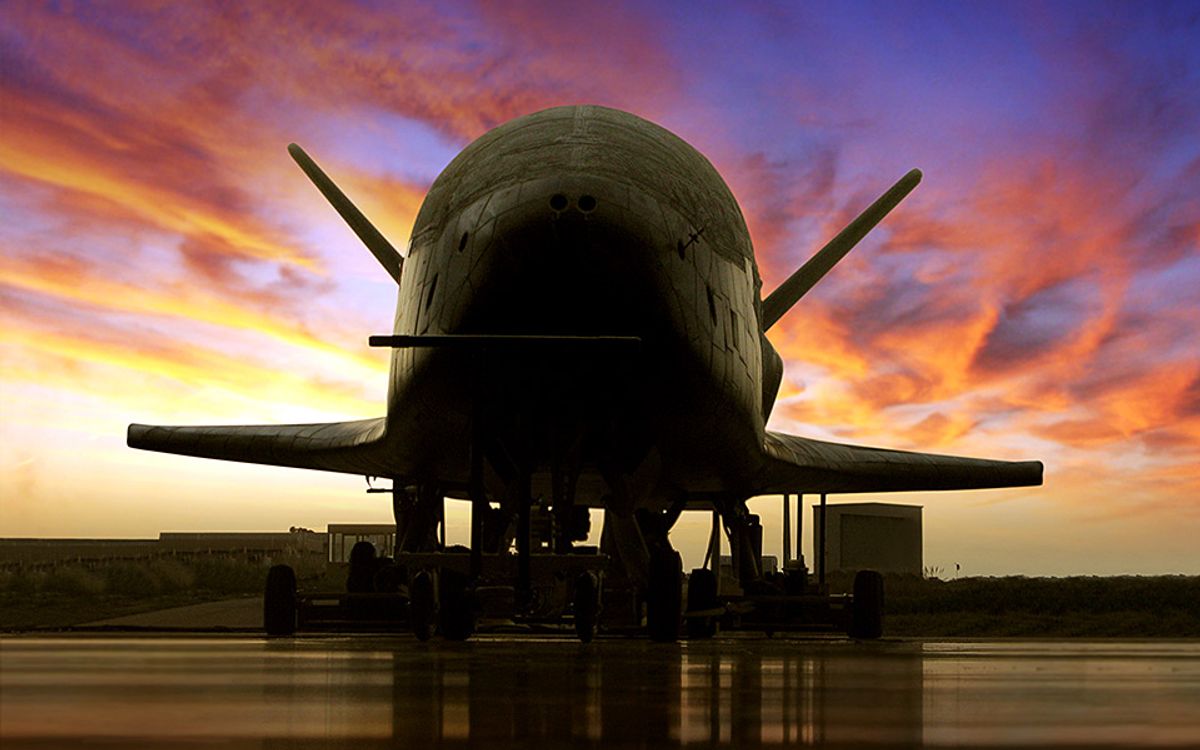 The US Space Force’s X-37B robotic space plane (a very sci-fi collection of words) has set two new records. On July 7, he broke his own record for time spent in Earth orbit by one day. On July 8, he probably did the same thing again.

The X-37B, an unmanned, reusable vehicle touted by Boeing as “one of the world’s newest and most advanced re-entry spacecraft,” is currently on its sixth mission, known as Orbital Test. Vehicle-6 or OTV-6. It was launched on May 17, 2020, which means that as of July 7, it has been in space for 781 continuous days.

The previous record of 780 days was reached in August 2019 – each of the six flights was a record. The first, launched in 2010, lasted 224 days in orbit before returning to Earth and landing at Vandenberg Space Force Base, California; the next flight more than doubled. The third mission lasted over 674 days; the fourth, launched in 2015, spent 718 days in orbit.

The Boeing spacecraft has a number of features that marked a “first use” in space, the company notes, including automated deorbit and landing functions; fully electromechanical flight controls and brakes; as well as the advanced materials used in its construction.

It’s about a quarter the size of the Space Shuttle, and its design “brings together the best of aircraft and spacecraft in an affordable system that’s easy to use and maintain.”

Continuing the X-37B’s long history of secrecy, OTV-6 would carry several classified payloads, reports Space.com. However, not all onboard deliveries are secret: one of the successes of the OTV-6 mission was the US Naval Research Laboratory’s Photovoltaic Radio Frequency Antenna Module, or PRAM – a project to harvest solar energy from space. for use on Earth.

“Analysis at this stage has shown that [PRAM] also performed well in orbit and in some cases even exceeded our pre-launch lab tests,” PRAM program manager Chris DePuma said in a statement last year.

The receipt of the first data packets from the X-37B “confirmed that all of our hard work had paid off”, he said: “PRAM was operating in orbit and providing valuable data to advance space research on the planet. ‘Solar Power and Beams.’

The FalconSat-8 satellite designed by the US Air Force Academy, the first satellite built and designed by cadets to enter space aboard the X-37B, also hitchhikes on OTV-6.

“FalconSAT-8 is an educational platform for cadets,” said Lt. Col. Dan Showalter, assistant professor of astronautics at the Academy. “We do technology demonstrations for the Air Force.”

That’s not the only reason FalconSat-8 is up there: it’s also carrying five experimental payloads, as well as two NASA experiments studying the effects of radiation on plant seeds.

All this mystery surrounding the spacecraft has led some more conspiratorial commentators to suggest that the X-37B could be a tool for covert operations – or even a weapon. However, experts have pointed out a few shortcomings in this idea: at 8.8 meters (29 feet) in length and 2.9 meters (9.5 feet) in height, with a wingspan of slightly less than 15 feet (4.6 m ) and a launch weight of 4,990 kilograms (11,000 lb), the vehicle is both too small and too bulky to be an effective weapon.

“He can be tracked, so it’ll be hard for him to sneak up on anything,” former Air Force orbital analyst Brian Weeden told Space.com during OTV-6’s first launch. “And when it comes down on its own, it’s a very unsightly, slow glider.”