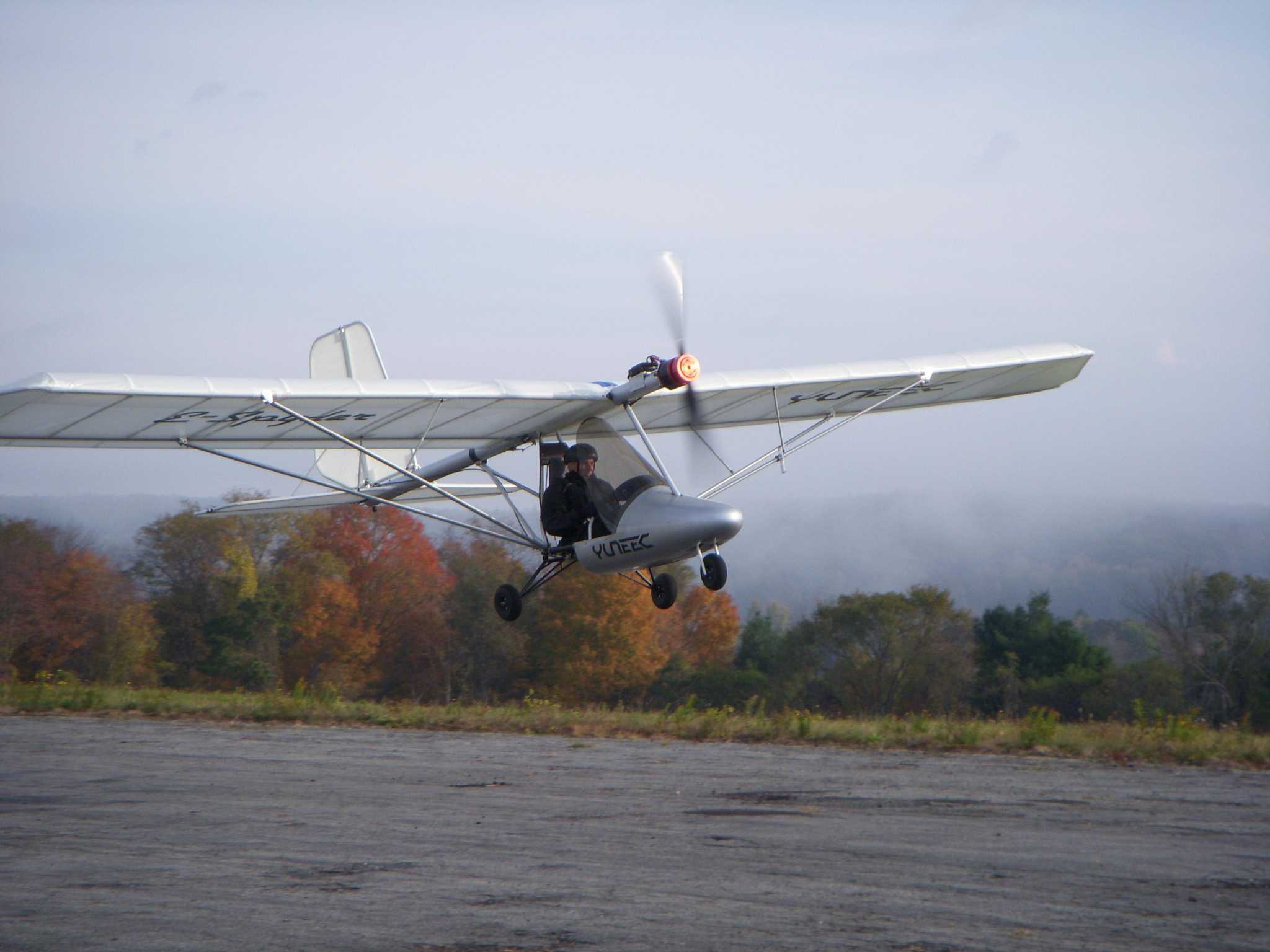 Flying an ultralight plane offers an “astonishing” view at a fraction of the cost of getting a pilot’s license, but there are some risks, according to a Connecticut man who helped develop them.

Peghiny, owner of Flight Design USA in Woodstock, said he owned ultralight aircraft, had flown them, and was an early developer in the industry.

“It all started in the 80s, when people took hang glider structures and used light engines to create the first ultralights,” he said. “The (Federal Aviation Administration) realized that this was an activity they could approve of if they were, in general, kept away from busy airports and the aircraft was sufficiently light to make them land or crash slowly and not pose a threat to the public.”

An ultralight pilot suffered minor injuries on Tuesday after his plane malfunctioned while on the ground at Goodspeed Airport in East Haddam, then was lifted into the air by front winds to crash while unoccupied.

Peghiny compares the level of danger associated with this type of aircraft with driving a motorcycle on the street.

“It’s not without risk,” he said. “It’s not incredibly risky.”

The FAA defines ultralight aircraft as intended to be operated for recreational or sporting purposes and by a single occupant. A powered aircraft must weigh less than 254 pounds and 155 pounds for an unpowered one.

The agency also limits the maximum speed of ultralights to 55 knots at full power in level flight, with a fuel capacity of up to 5 gallons. The FAA does not require the aircraft to be certified or registered, and a pilot’s license is not required to fly one.

Peghiny said there were many benefits to flying them, including price. He said a new ultralight costs around $15,000.

“You can work them yourself,” he said. “They are very simple, easy and fun to fly, and the view is amazing.”

Speaking of the airplane’s relationship to the wind, Peghiny compared ultralights to sailboats.

“It’s like taking a light sailboat through rough seas,” he said of piloting a sailboat on a windy day. “So just because you don’t have to have an $8,000 pilot’s license to operate one doesn’t mean you shouldn’t learn to fly them properly.”

Peghiny said there have been many schools offering training in flying ultralights, but now it’s more of a niche hobby. He said the closest school is at Crow Island Airpark in Stow, Mass., where you can get training to fly ultralights, powered parachutes and gyrocopters.

“There were several in Connecticut,” he said. “He was very popular in the 80s and 90s and became less and less popular. The FAA has simplified the pilot license program to allow for what is called the sport pilot license.

Peghiny noted that Flight Design USA made and sold more than 700 ultralights when the business was more popular, but said the company no longer makes them. Peghiny said his ultralight, which has an electric motor, needs repairs.

Plane crash in Wormingford: an investigation is launched after the crash of a glider

The solar plane is like a big flying solar panel