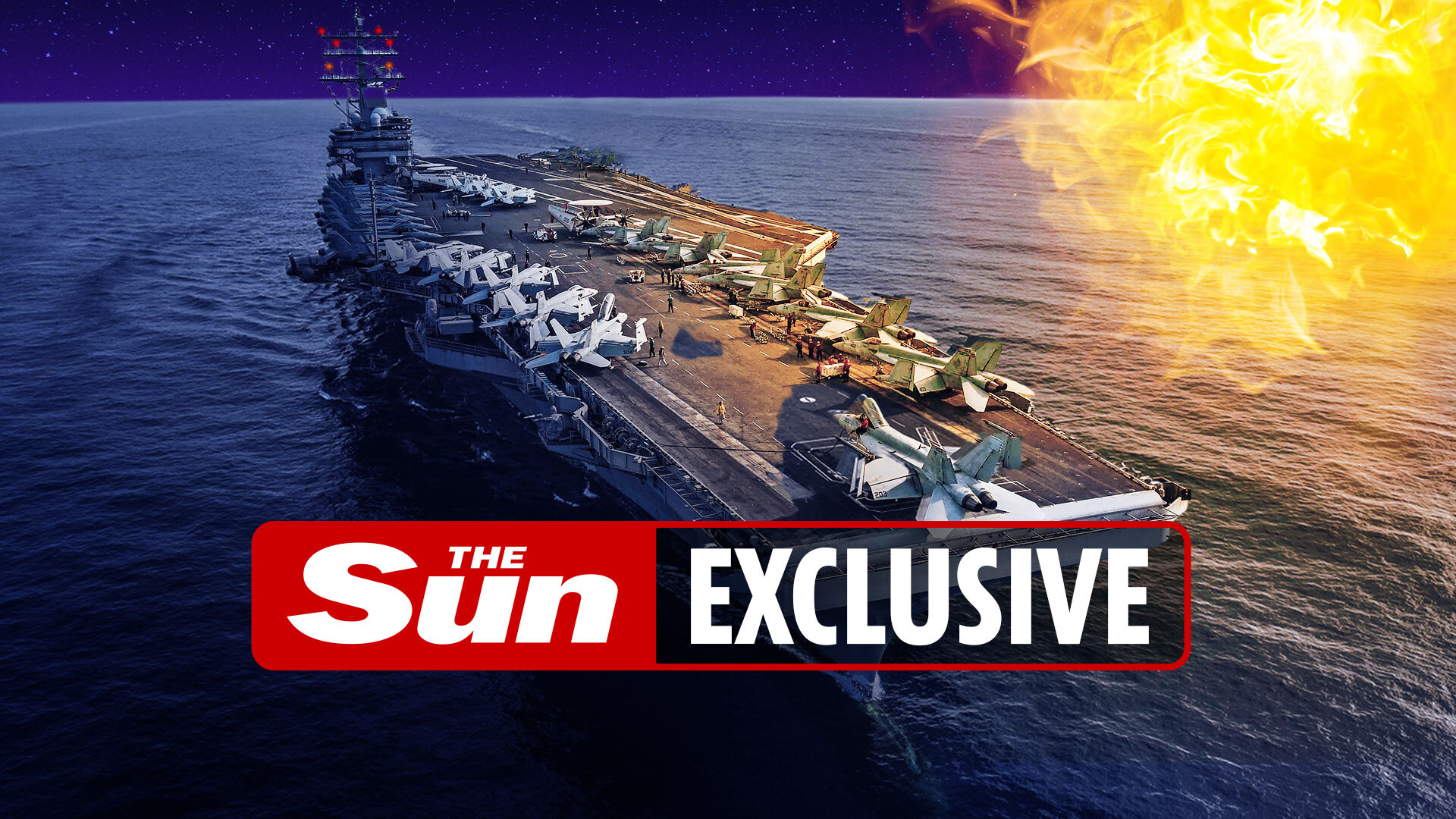 UFO flew by US Navy warship ‘faster than any known aircraft’ in massive sighting seen by 200 sailors, witness says

A UFO flew by a US Navy warship faster than any known aircraft in a mass sighting seen by up to 200 sailors, a witness said.

Patrick Gokey is now the third witness to record the mysterious events that took place on the USS Ronald Reagan one night in 2004.

The nuclear-powered aircraft carrier was reportedly shadowed by a 40ft UFO fireball for up to four hours during a mass sighting witnessed by dozens, if not hundreds, of crew members.

Documentary filmmaker Dave C. Beaty – who produced the 2019 film The Nimitz Encounters about the famous 2004 US Navy encounter with the “Tic Tac” object – investigated the case.

And he put The Sun Online in touch with Mr. Gokey, who was working on the aircraft carrier on the night in question and also saw the UFO.

Mr Gokey, who was serving as a seaman at the time, told The Sun Online he is still hoping for answers about what he saw that night – having never had such an experience before or since. . 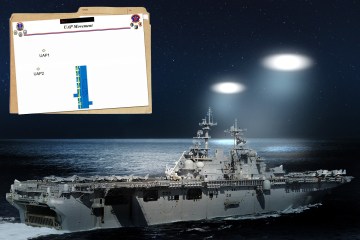 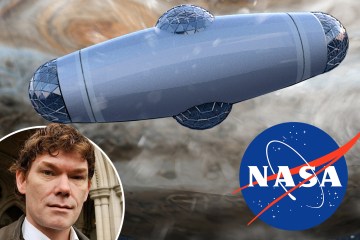 He witnessed the object twice that night, once while on the starboard bow watch near the bridge.

And he saw it again when he was transferred to the station at the rear of the massive ship, known as “the fantail”.

Gokey first saw the object as it hovered about 200 feet above the flight deck, saying “everyone on deck” could have seen the UFO.

And then he saw it again when he turned the watch, hovering over the stern of the ship again.

The sailor told The Sun Online that the object was moving in ways and at speeds apparently beyond the capabilities of any aircraft he had seen before.

Flying in three semicircles before lifting off, Gokey described the object as a “bright orange ball” that was “wavy, but somehow sold like plasma.”

He first saw the object for 30 seconds as it flew near the cockpit, then saw it again about an hour later as it moved toward the fantail.

The crew aboard the aircraft carrier dubbed the object “the blob” or “the thing”.

This is the latest in a series of UFO incidents that have reportedly been seen approaching US warships and warplanes – with many ex-servicemen showing up to tell their stories.

Strange objects seen in the sky – known more commonly as UAPs (Unidentified Aerial Phenomena) – have moved firmly from the realm of conspiracy theories to a serious national security issue.

Last month, US senators questioned intelligence chiefs about the encounters, as they confessed over the past year to investigating 400 sightings and 11 near misses.

And the incident aboard the USS Ronald Reagan is potentially one of the most extraordinary UFO encounters in history with the object seen multiple times over the course of 4 hours and by a large number of witnesses.

“It didn’t move like I’ve seen other planes maneuver and it was faster than anything I’ve ever seen,” Gokey told The Sun Online.

And he also confirms the accounts of his crewmates Karol Olesiak and Derek Smith that, despite the extraordinary sighting, there was not much response from those on board.

Mr. Gokey, Mr. Olesiak and Mr. Smith are among eight former US Navy crew members of the Reagan who confirmed seeing the object or hearing about the encounter the following day.

He said: “I would like to say that my defining memory of that night was seeing the object itself, but it was more surprising how few people reacted or seemed to care about the events that have occurred.

“I wouldn’t necessarily describe my experience as calm.

“For me, it was more the fact that everyone on board is trained to do their job even when unexpected things happen, and that’s exactly what everyone did.”

He said he received no specific orders regarding the sighting, did not report the incident, and believes between 100 and 200 people saw the UFO.

“I haven’t had any other paranormal experiences. Hopefully we’ll get some answers on that,” Gokey said.

Another spotter on the ship, spoken to Mr Beaty, also confirmed the object appeared to move in “little half loops” before disappearing – adding that the bridge was following it on radar.

She described the object as an “orange globe floating above the flight deck” that kept pace with the ship – which is thought to be moving at around 22 knots.

The crew member claims she tried to report it to the bridge, but was told “to quit smoking crack”.

It is alleged that crew members aboard the ship were ordered not to record the encounter in the ship’s log, with one being told by a senior officer to ‘rip that shit up’ according to another witness.

Some of the witness accounts vary, offering different times of day and duration of the encounter – but all agree that the orange fireball was spotted near the ship.

Mr Smith previously told The Sun Online how he saw crew members on the flight deck pointing at the object, and Mr Olesiak described the phenomenon as resembling the biblical description of the ‘burning bush’ .

And the exact date of the encounter is unknown – but it is believed to have happened in early 2004.

The incident happened as the new nuclear-powered carrier was undergoing a shakedown before being put into active service.

Intelligence bosses tried to explain how difficult it is to track these objects and showed members of Congress two videos.

And while they didn’t mention aliens, they did admit that some of the 400 encounters they have in their books are truly unexplained.

Did Helen Keller fly a plane?