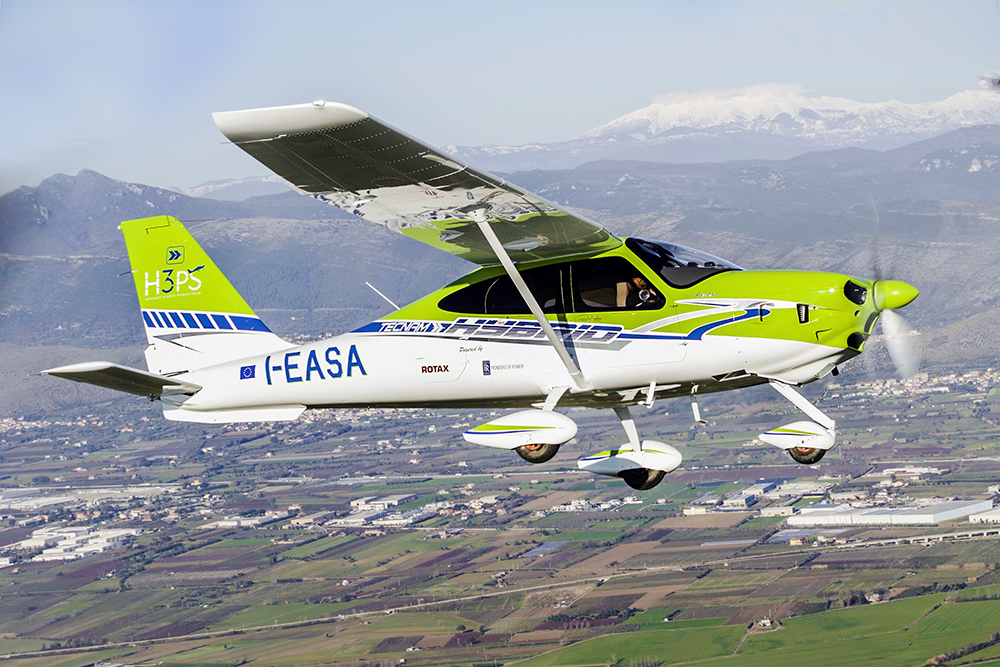 Italian aircraft manufacturer Tecnam Aircraft announced this week that it successfully flew its P2010 H3PS hybrid aircraft for the first time on December 21.

The new model is the first general aviation aircraft to use a parallel hybrid configuration to power it. The P2010 H3PS was created in a collaboration with Rolls-Royce and Rotax, who each had representatives present for the demonstration flight in Italy.

“Although H3PS is not intended for commercial use, our successful flight tests demonstrate that the hybrid powertrain, with a combustion engine coupled to an electric motor, can sustain [an airframe with] the same payload of the traditional 180hp combustion engine,” Russo said.

The aircraft served as a validation tool and launch pad for Tecnam Aircraft and its project partners, who are now focused on expanding their sustainability efforts.

“Our development is based on three pillars: environmentally friendly, technologically viable and marketable solutions. We do this by leveraging our multigenerational expertise, research and development, next-generation technology, and strategic partnerships.

Rolls-Royce Electrical chairman Rob Watson called the flight a “pioneering achievement” and said the collaboration with Tecnam and Rotax had been productive.

“Working with Tecnam and Rotax has been extremely beneficial, and this project has continued to strengthen our capabilities to provide all-electric and hybrid-electric power and propulsion systems for the advanced air mobility market.”

Michael Dopona, head of the design organization at BRP-Rotax, also commented on the achievement, saying that “there are still challenges to overcome”, but that the companies will continue to work together to produce “very interesting and forward-looking for innovative propulsion systems.

The Tecnam P2010 was first certified with a traditional Lycoming powertrain in Europe in 2014 and the diesel version achieved initial EASA certification in October 2020.