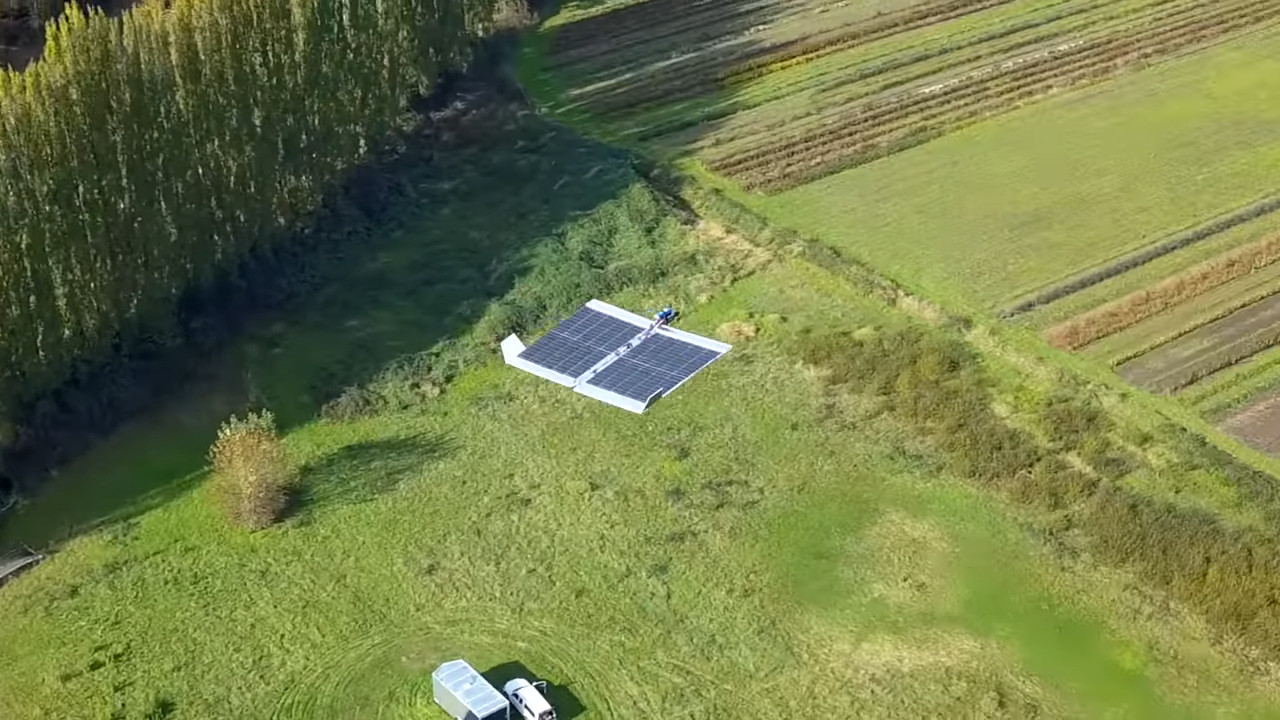 The solar plane is like a big flying solar panel

Solar-powered aircraft concepts typically focus on high-efficiency glider-type designs, to make the most of the limited power available from the sun. [rctestflight] wanted to try another school of thought, instead building a relatively inefficient aircraft that nevertheless carried a huge amount of solar panels on board.

The plane consisted of a pizza box-style design, with a simple rectangular foam wing completely covered in solar panels. The aircraft was controlled with an off-the-shelf autopilot and fitted with inexpensive, unbranded MPPT modules to manage battery charging. The plane encountered difficulties in flight, most often with stability, which led to the autopilot losing the plane on one occasion. However, one flight was completed with a full duration of one hour and thirty minutes, indicating that the solar panels helped extend flight times beyond what was possible with batteries alone.

Further research in the field showed that cheap MPPT modules wasted power and there was more of it. A better MPPT module was integrated and showed that the panels could generate up to 5 amps in good conditions, while the aircraft only needed about 4.2 amps to fly. This would allow indefinite flight in sunny conditions, but probably wouldn’t store enough energy to fly 24 hours a day due to lack of power at night.

We followed [rctestflight]Solar Plane has been experimenting with for a while now, and I can’t wait to see the next iteration. Video after the break.