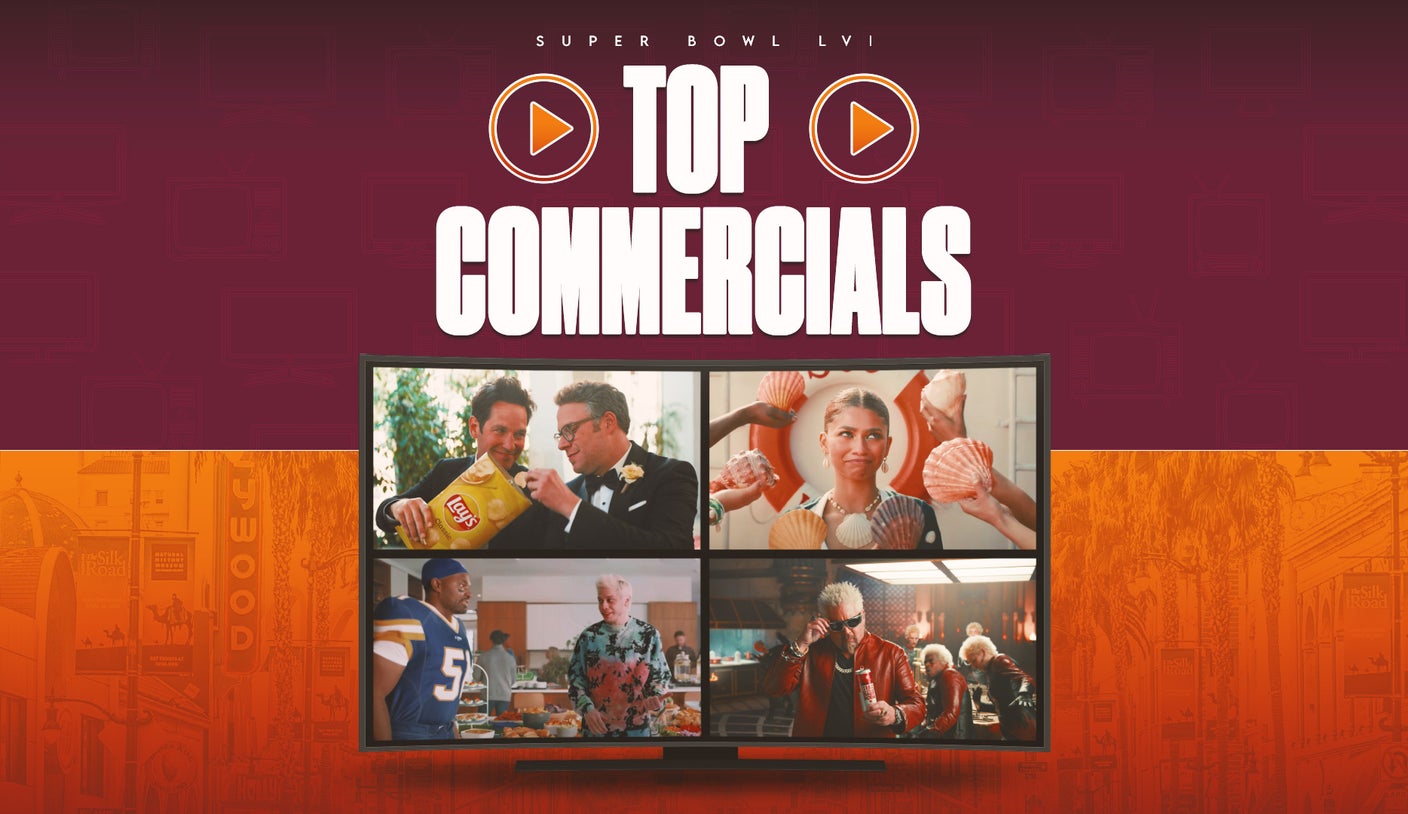 The 2022 Super Bowl isn’t just about Los Angeles Rams and the Cincinnati Bengals.

This is also the time when brands pull out all the stops for their best advertisements.

This year, some of Hollywood’s most recognizable celebrities such as Megan Thee Stallion, Zendaya, Kevin Hart, Scarlett Johansson, Colin Jost, Arnold Schwarzenegger and Selma Hayek, were among the many big names headlining the commercial show of the NFL during the Super Bowl.

Johansson leads a very public life in Hollywood, but even she could use some privacy away from the voice of Amazon’s artificial intelligence, Alexa.

We’re used to seeing Schwarzenegger as the Terminator, but his portrayal of Zeus in this BMW commercial is worth it, with Hayek as Hera.

If there’s anyone who knows a thing or two about how things taste, it’s Fieri.

It’s been 20 years since Dr. Evil was on the big screen as the antagonist of “Austin Powers,” but he’s back to take over General Motors in 2022.

An All-Star cast for Michelob Ultra

Peyton Manning. Jimmy Butler. Nneka Ogwumike. Steve Buscemi. The stars were out for the Super Bowl.

Will Smith for Peacock

There’s no denying that “The Fresh Prince of Bel-Air” is one of the most iconic sitcoms in television history, and now Will Smith is ready to usher in a new generation of the show for Peacock.

It might not be a cast of characters you’d expect to see together on screen, but they’re getting on for Planet Fitness.

The Super Bowl is the definition of high energy, so it’s only fitting that DJ Khaled brought his infectious energy to the big game.

McConaughey was sensational in “Insterstellar,” so seeing him again as an astronaut is a welcome sight.

Imagine shopping and seeing Kevin Hart at Sam’s Club. Well, you don’t have to imagine, because the visual is there.

This is Zendaya’s world, and the rest of us just live in it. Take a look at her sale of seashells for Squarespace.

Turns out Kanye West isn’t the only person Pete Davidson has to watch out for these days.

A Nissan has never looked cooler than with these A-list stars behind the wheel.

The Marvel Cinematic Universe is the toast of the box office these days, and Doctor Strange is back with the latest installment in the Marvel film series.

This pairing is absolutely crazy for planters. No other way to put it.

The collaboration between two country music and pop icons is never a bad thing, as evidenced by this ad.

There aren’t many artists currently as interesting as Doja Cat, so having her featured in a Super Bowl commercial is entirely on point.

the jurassic park franchise is the gift that keeps on giving, and the final installment, Jurassic rule was unveiled during the Super Bowl.

Get more from the National Football League Follow your favorites for game insights, news and more.