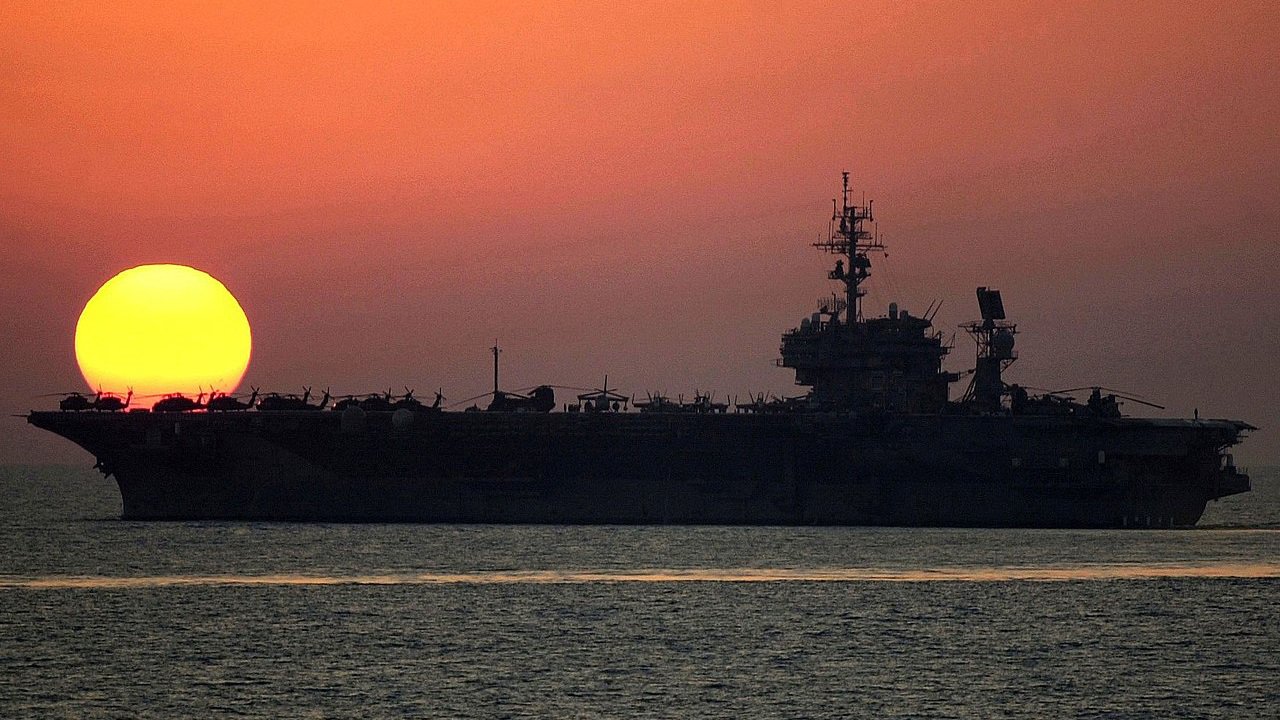 Yes, US Navy aircraft carriers are the most powerful warship on the planet, at least according to many experts. But even these beautiful warships have a full stop. And many are not turned into floating museums, but simply discarded. The US Navy’s newest conventionally-powered aircraft carrier, the former USS Kitty Hawk, completed its final voyage on Tuesday when it arrived in a scrapyard in Brownsville, Texas, local media reported.

The “Battle Cat” began its 16,000-mile journey to scrapping in January at Naval Station Kitsap in Bremerton, Washington.

In the months that followed, the aircraft carrier, which at over 280 feet wide and over 1,000 feet long is too large to pass through the Panama Canal, was towed around South America and to across the Strait of Magellan to Texas, where many people, including ex-servicemen, gathered to watch his arrival this week.

The Kitty Hawk was decommissioned in 2009 after nearly 50 years of naval service, which included testing new military capabilities, combat operations, race riots and even a collision with a rival power’s submarine. .

After retirement, the carrier spent more than a decade in mothballs before the Navy reached a deal in 2021 with International Shipbreaking Limited to scrap the former Kitty Hawk and former USS John F. Kennedy, a another conventionally-powered Navy carrier that was decommissioned in 2007, for a penny each.

The demolition company, which did not purchase the ship and will not take possession of the ship from the Navy, has agreed to recycle the carrier at such a low price because it expects to make a profit from the sale of scrap metal, ISL said.

The Kitty Hawk carrier’s service history has been sometimes exciting and sometimes tumultuous.

Two years after it was commissioned into the Navy in 1961, the CIA partnered with the Navy to train in the launch and recovery of the U-2 Dragon Lady high-altitude reconnaissance and surveillance aircraft from the Kitty Hawk.

Pilot Bob Schumacher tested the “carrier suitability” of the spy plane, which was given the code name N315X, according to a Naval History and Heritage Command report.

In 1969, the carrier and her air wing received a Presidential Unit Citation for “inflicting significant damage and destruction on sites and installations vital to enemy operations” during the Tet Offensive during Vietnam War.

The carrier remained on duty through some of the toughest parts of the war, with the air wing carrying out hundreds of strikes and dropping millions of pounds of ordnance on the enemy, but the long deployments took their toll and fueled long-standing tensions among the crew. .

Race riots broke out on the Kitty Hawk in 1972, with a number of fights between white and black sailors breaking out in parts of the ship. More than 40, and possibly as many as 60 sailors were injured in the riots, which eventually led to the creation of a program to address racial issues on Navy ships.

Another tense incident occurred in 1984, during the final years of the Cold War, amid heightened tensions with the Soviet Union.

While the ship was conducting operations in the Sea of ​​Japan, known to South Korea as the East Sea, a Soviet submarine thought to be the Victor I-class nuclear submarine K-314 came into collision with the carrier as it surfaced, causing what the carrier captain described as “a pretty violent shudder”.

The incident, while alarming, did not lead to an escalation between the two powers.

In 1998, Kitty Hawk took over from Independence as the only forward-deployed U.S. aircraft carrier, operating out of a U.S. naval base in Japan.

He held these responsibilities for 10 years, leaving his position in the Pacific only to support Operation Enduring Freedom in Afghanistan and then Operation Iraqi Freedom. The carrier permanently left Japan in 2008 and retired the following year.

The Kitty Hawk was not only the US Navy’s last conventionally powered aircraft carrier, but it was also the last ship of her class to be decommissioned. Dismantling the warship is expected to take about a year and a half.

Ryan Pickrell is the military and defense editor at Insider, where he edits and reports on defense and security issues.