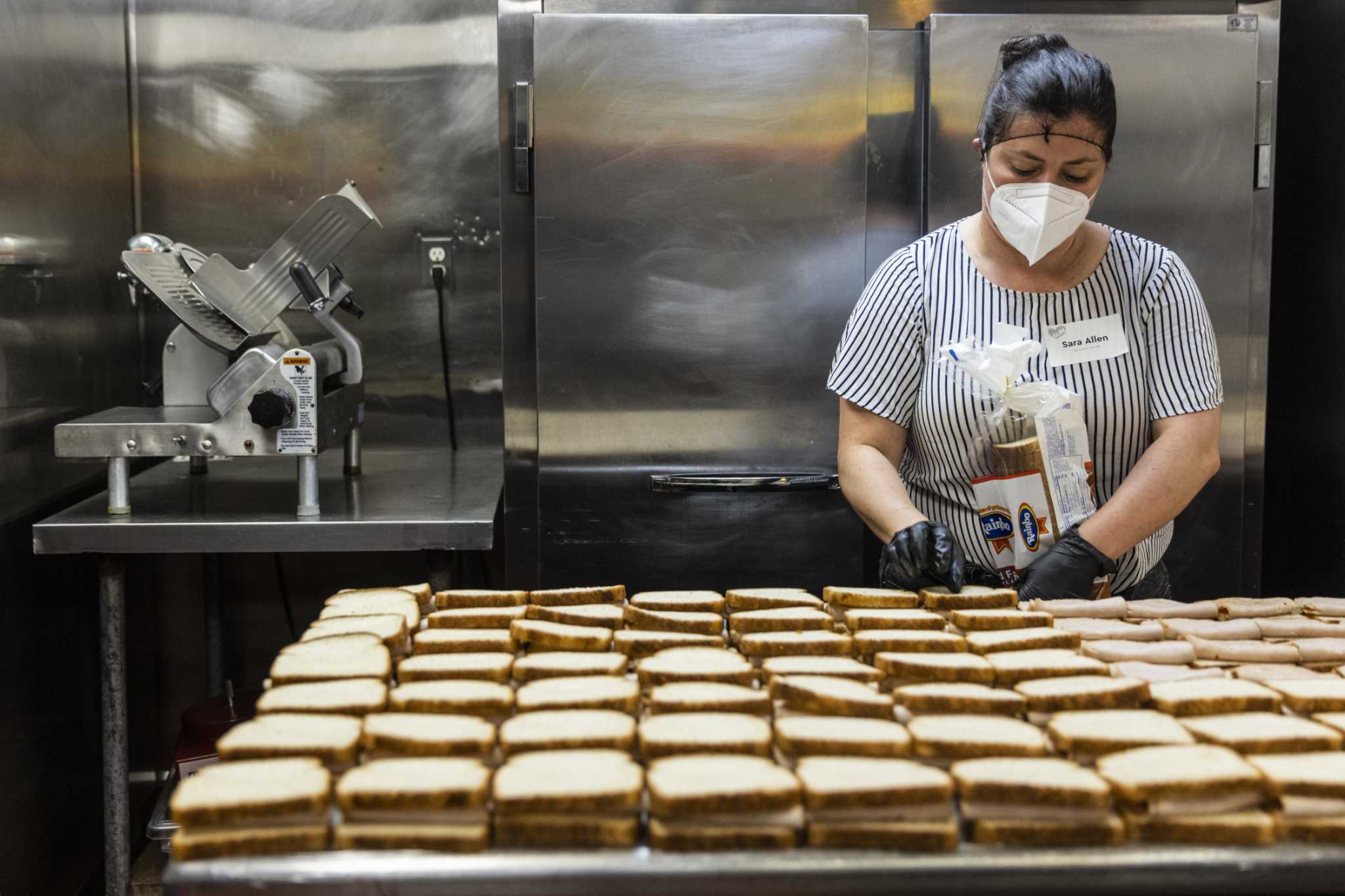 SF’s Glide Foundation plans $200 million upgrade to its Tenderloin building, to ‘get more people off the streets’

San Francisco’s Glide Foundation, known for delivering hot meals and desperately needed social services to the city’s tenderloin streets, is planning a $200 million redevelopment that will transform what is now a cramped and outdated former women’s dormitory into a a modern facility.

The new 10-story building at 330 Ellis St. would give Glide customers, staff and volunteers the amenities and space they currently lack: a kitchen big enough for the 800,000 meals the group serves each year; an HVAC system to circulate cool air in what is now a maze of hot, stuffy rooms; a lobby big enough that those who depend on Glide for a wide range of needs — from addiction treatment to free health care — can wait inside rather than sneaking around the block to be gawked at the passers-by.

The current Glide Shrine, which houses Sunday evangelistic services, would receive some modern upgrades, but remain essentially the same while the building next door is constructed.

“The needs of the city and the needs of Glide itself outpaced this building years ago,” said Karen Hanrahan, CEO of the Glide Foundation. “We had to be creative about how to serve more and more people in a building that was built for a set of issues on a much smaller scale.”

Glide, founded in 1929 by Methodist philanthropist Lizzie Glide “for purposes of charity and worship”, has anchored the 300 block of Ellis Street since 1931. The church rose to prominence in the 1960s when the Reverend Cecil Williams took over a small congregation and opened to the neighborhood’s poor and disadvantaged, including drug addicts, prostitutes, and gay runaways.

Jazz and blues replaced the more low-key hymns and the church’s dedication to ‘unconditional love and acceptance’ resonated with celebrities like singer Marvin Gaye, U2’s Bono, the business mogul Warren Buffet and Maya Angelou. In 2020, Glide legally separated from The United Methodist Church through a negotiated settlement agreement. This gave Glide legal title to the Ellis Street property.

Glide will submit a preliminary project application on Friday — the start of an extensive planning and fundraising process, according to Hanrahan. While the most ambitious alternative would cost more than $200 million, a scaled-down alternative might be possible if the money can’t be raised, she said.

The plan calls for “larger dining areas, a multifunctional reception and admissions area for centralized navigation services, and increased capacity for extended mobile services and remote outreach to serve the city’s vulnerable people. It would include multi-purpose, women- and family-centered program spaces, and gathering places to meet the social justice, education, and training needs of our community,” according to the project application.

“Glide has always evolved to meet the needs of the people around it,” Hanrahan said. “Today the needs and the scale of the challenges – with homelessness and all the equity-related issues – are on a much grander scale.”

The current building has never undergone a major renovation. It consists of double-loaded corridors with little natural light. Every square foot is stuffed with supplies. The basement hallways are filled with everything from cold rooms on wheels to crates of oranges. A shared workstation with a single computer is next to bins of coffee grounds and a box of mop heads.

The building’s elevator is so outdated that a new part had to be custom-made when it broke down a few years ago, leaving employees and volunteers to ascend and descend the six flights of stairs. “They had to recreate some parts from scratch by reviewing old sketches,” said Erby Foster, Glide’s chief financial and operating officer.

During the pandemic, Glide has expanded its services by setting up tents on Ellis Street and providing pop-up services in other neighborhoods. “We didn’t miss a beat. We served more people here and in other areas,” Hanranhan said. “The need has exploded and we are struggling to keep up. There are thousands of people to take care of.

On Thursday, Glide was a hive of activity as workers prepared hot meals, turkey sandwiches to distribute in the streets. Volunteer April Conte had traveled 40 miles from Petaluma to help in the kitchen, as she does twice a week. She called Glide her “happy place” but admitted the building could use some improvements.

“It’s so stuffy here,” she said. “You sweat because there is no airflow.”

Glide’s street workers are at the forefront of the city’s drug epidemic, which has killed thousands in recent years. Two such staff members were celebrated in an impromptu gathering in the basement pantry on Thursday after they used five doses of Narcan to revive a Glide client who had overdosed on a drug mixture. heroin and fentanyl.

Hanrahan said the new building would help some of the neighborhood’s most desperate by bringing them inside for services.

“You look at the meal line that curves around the block. You see the double-decker tourist buses pass by. It’s a sad sight. It lacks privacy. It lacks dignity,” she said. “What we want to do is get more people off the streets for longer periods of time. But we can’t do it in this building because we don’t have the space.