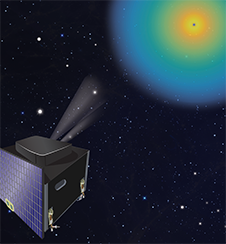 The GLIDE spacecraft will be launched in conjunction with the National Oceanic and Atmospheric Administration (NOAA) space weather Follow On-Lagrange 1 (SWFO-L1). The Rocket Lab-powered SWFO-L1 is also a heliophysics mission spacecraft, built by Ball Aerospace. Its purpose is to collect solar wind data and coronal images to monitor and forecast solar storm activity.