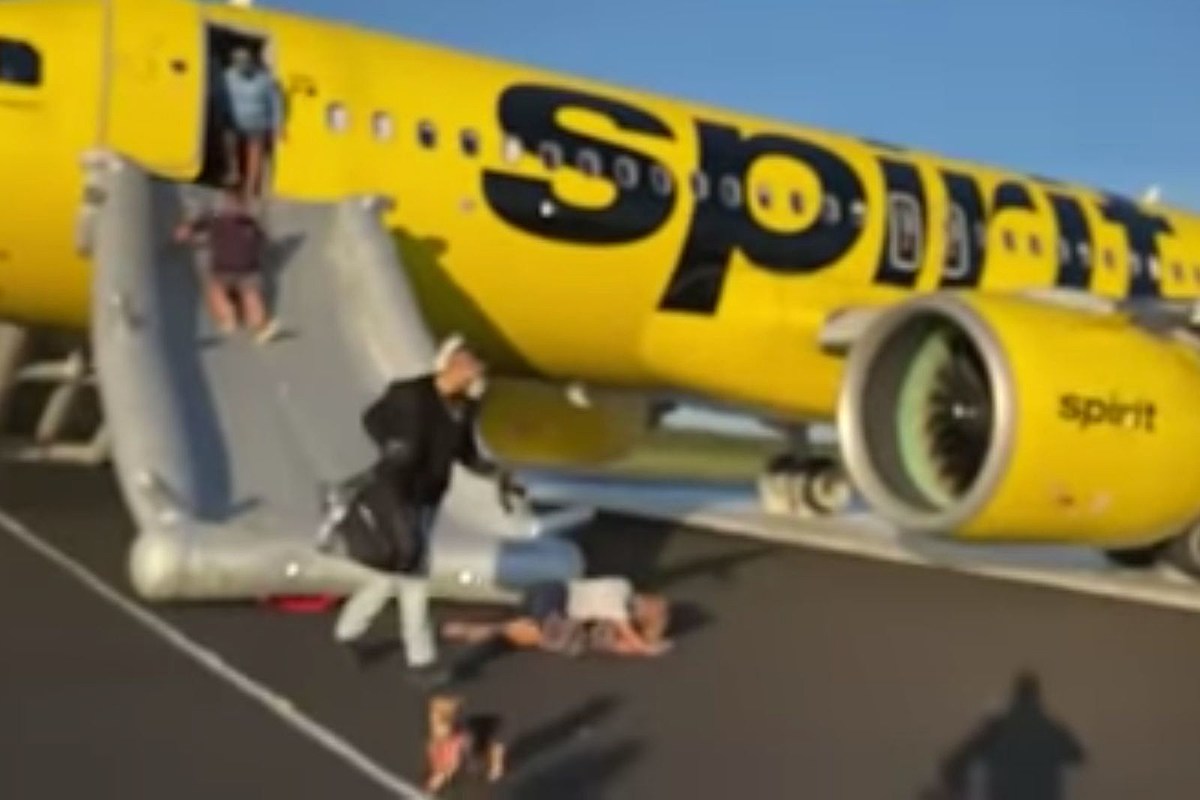 EGG HARBOR TOWNSHIP – A Florida-bound plane attempting to take off from a New Jersey airport caught fire on the runway after an apparent bird strike, prompting the evacuation of more than 100 passengers and crew, officials said.

Spirit Airlines Flight 3044 bound for Fort Lauderdale, Fla., was accelerating for takeoff on the runway at Atlantic City Airport shortly before 6 p.m. Saturday when it struck what authorities believe was a large bird, the airline said in a statement.

“The captain safely braked and stopped the aircraft, received an indication of engine damage and ordered an evacuation in accordance with our standard procedures,” the airline said, noting that the aircraft did not never left the ground.

Flames could be seen coming from the plane’s engine in a photo tweeted by @Medic6940, Atlantic City Press reported. The plane’s cabin never caught fire, the airline said.

The South Jersey Transportation Authority said all 109 people on board the Airbus A320, 102 passengers and seven crew, were safely evacuated.

A video shared on Youtube by ‘Your Favorite News Network’ shows passengers scrambling to get out of the cabin and using the emergency inflatable slide to get out safely on the tarmac, as some swear and others urge everyone world to stay calm.

The fire was extinguished and the plane was left on the runway pending an investigation by the National Transportation Safety Board and the Federal Aviation Administration, the authority said.

Passengers were to receive a full refund along with a voucher for future travel and the option to continue to Fort Lauderdale on another plane later Saturday, the airline said.

(Copyright 2021 The Associated Press. All rights reserved. This material may not be published, broadcast, rewritten or redistributed.)

WATCH: Here are the pets banned in each state

Since the regulation of exotic pets is left to the states, some organizations, including the Humane Society of the United States, are advocating for standardized federal legislation that would prohibit the ownership of large cats, bears, primates, and large poisonous snakes as pets.

Read on to see which pets are banned in your home country, as well as nationwide.

There are more options than ever to enjoy a Garden State craft beer in an outdoor setting.

New Jersey tied for first place (with Kentucky) with a 43% growth in the craft beer scene from 2015 to 2019, according to C+R Research.

What follows is a roundup of breweries across the state with quaint, dedicated outdoor seating, weather permitting.

25 real crime scenes: what do they look like today?

Below, find out where 25 of history’s most infamous crimes took place – and what these places are used for today. (If they remained standing.)

What factor is driving the market