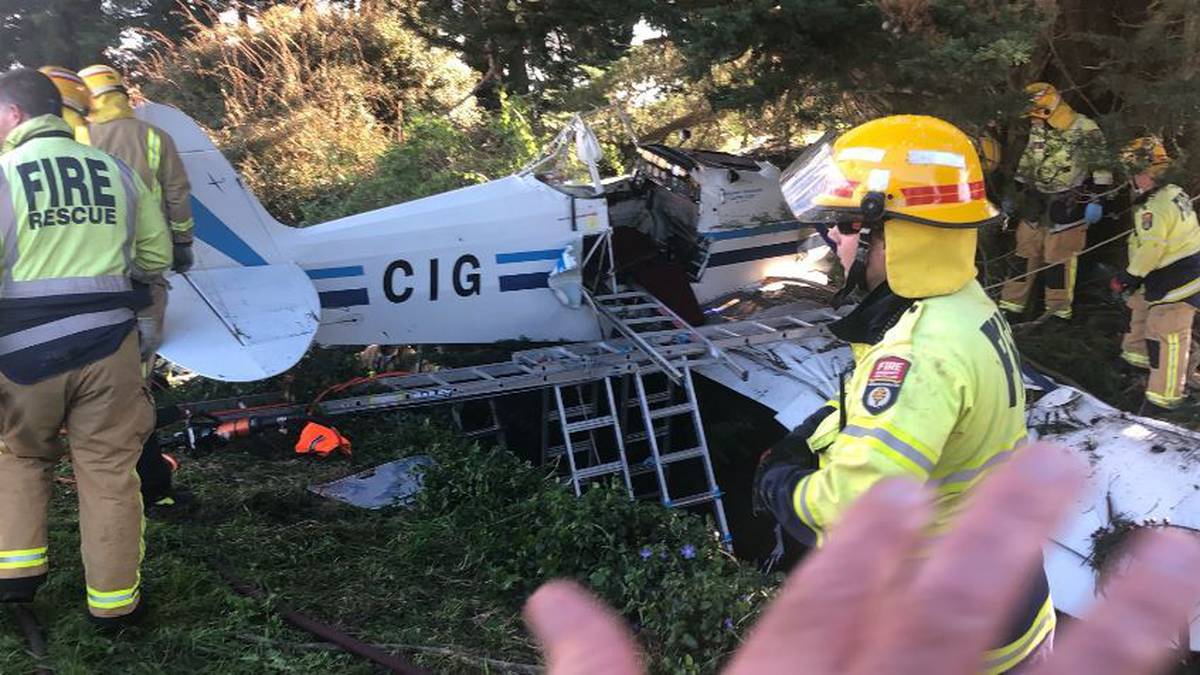 A glider pilot was lucky to escape after the tow plane crashed on takeoff. Photo / Provided

A glider pilot had “just” enough height to circle the airfield and land safely after the plane towing them crashed on takeoff, the chairman of Feilding airfield said, Bruce Brownlie.

The pilot of a Piper Pawnee plane was seriously injured when the plane crashed into trees opposite the airport – about 20 meters from the airfield – and was transported by rescue helicopter to the hospital, Brownlie said.

Police confirmed that the pilot would be seriously injured.

Brownlie understood that the pilot—like the glider pilot—was an experienced, longtime member of the Wanganui-Manawatu Gliding Club. He understood that Piper’s pilot had sustained head injuries.

Firefighters had to help him out of the plane after the 2:05 p.m. crash.

But the glider pilot escaped unscathed after successfully freeing his glider from the tow plane and returning to the airfield.

“He had enough height to circle around and land, but just… he’s in shock.”

Brownlie was not at the airfield when the incident occurred, but arrived shortly after.

The plane involved in the incident had crashed into trees, said Chris Dalton, shift manager for the fire and emergency center, shortly after the accident.

The plane also had a fuel leak, he said.

Six aircraft and two support vehicles from the volunteer brigades of Palmerston North and Bunnythorpe and Feilding had been sent to the scene.

The Civil Aviation Authority has been contacted, a police spokeswoman said.

Taonui Rd has also been closed, with traffic management in place, and motorists should avoid the area.