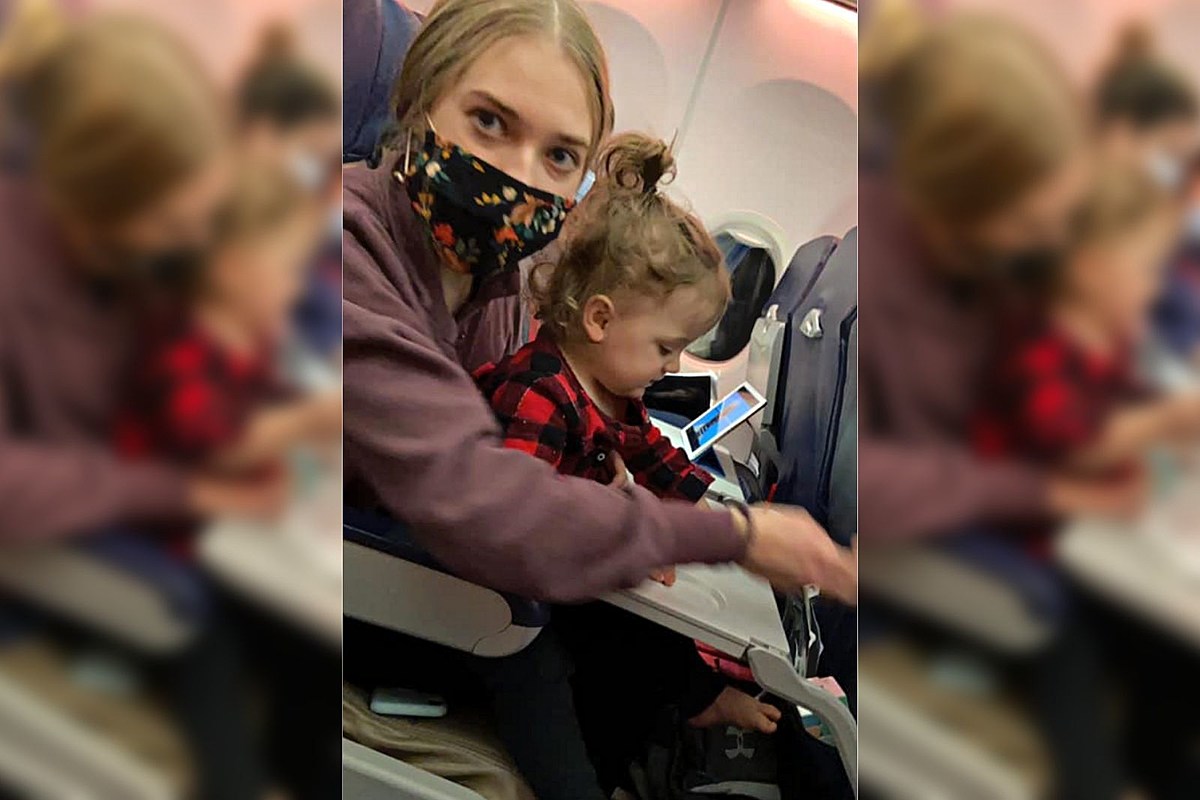 With everything going on in our world right now, it’s always refreshing to hear about circumstances that remind us of the goodness that still exists out there.

For a mother, that kindness came in the form of a young woman sitting across from her on an airplane.

Traveling with children can be a daunting task. Kids are really unpredictable, and it can be especially difficult with babies and toddlers who don’t even know any better when it comes to public transportation etiquette.

Ashley Paige Tamulonis of Plymouth, New Hampshire experienced this recently on a flight from Baltimore to Atlanta with her 1.5-year-old daughter, Tessa. The two were on a last-minute trip for a funeral and had experienced a layover, so Ashley was already exhausted on top of grieving.

Little Tessa, who was tired of being confined to different seats and pushchairs, started getting “fussy” on her mother’s lap.

Ashley gradually became stressed, as she understandably didn’t want her child to cause a scene all over the plane. Soon she began to cry, because nothing could calm her baby.

Enter Abby, a young woman seated across from the couple. Ashely explained what happened next in this Facebook post that she hopes will go viral.

Seeing the emotional mother, Abby offered to hold young Tessa. In response, Ashley did something she normally wouldn’t and passed the child to her.

Luckily, the two quickly became “like peanut butter and jelly”, and Tessa finally calmed down. It’s safe to assume that things went smoothly (or in flight?) for the remainder of the flight.

Now Ashley is using the power of the internet to try to find Abby and thank her for that little act of kindness that meant the world to her.

“Abby, I don’t know how to find you or thank you properly, but God sent me when I needed someone most. Your parents raised an amazing young woman, and I pray that the good that you scatter return a hundredfold.”

Hopefully the two can get in touch with each other, but until then we can appreciate the selflessness of people like Abby who helps make our world a better place.

20 things New Englanders miss if they decide to leave

Being a New Englander will always be in your blood. If you choose to move from New England, here are some things you will miss based on who chose to move.

25 Words That Should Be In A Maine-Based Word Game

Only true Mainers would be able to solve these Wordles!