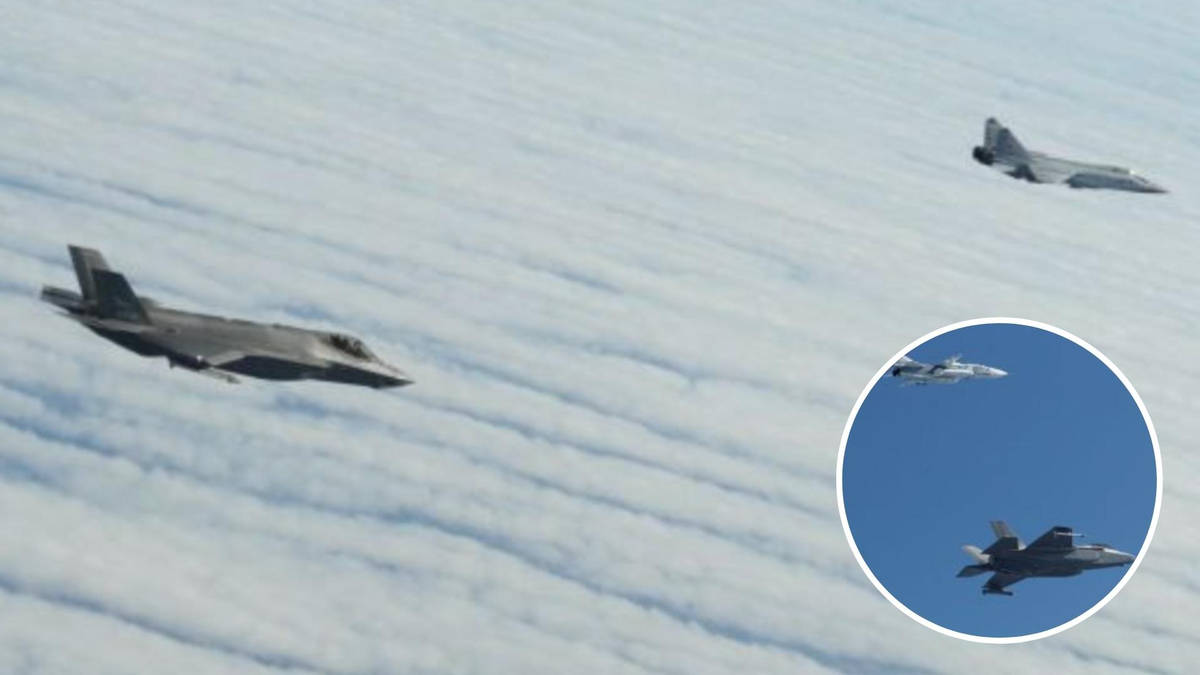 Tensions with Russia have escalated in the region since Finland and Sweden submitted applications for NATO membership on May 18.

A Mikoyan MiG-31 “Foxhound” and a Sukhoi Su-24 “Fencer” were intercepted near Norwegian airspace on Thursday.

The jets were seen outside Finnmark in the far north of Norway, but did not enter official Norwegian airspace.

The Russian aircraft flew over the Norwegian Sea before returning east towards Russia.

“The Russian plane flew to the Norwegian Sea before returning to the east. The F-35 is permanently ready for Norway.”

Ms Gåsland said: We have not experienced a higher rate of identification this year than in previous years. It is normal procedure that we fly over and identify any foreign activity.

“It was not in Norwegian airspace

“We are used to this happening, and there is nothing illegal about it. We pay close attention to all activities in our local areas.