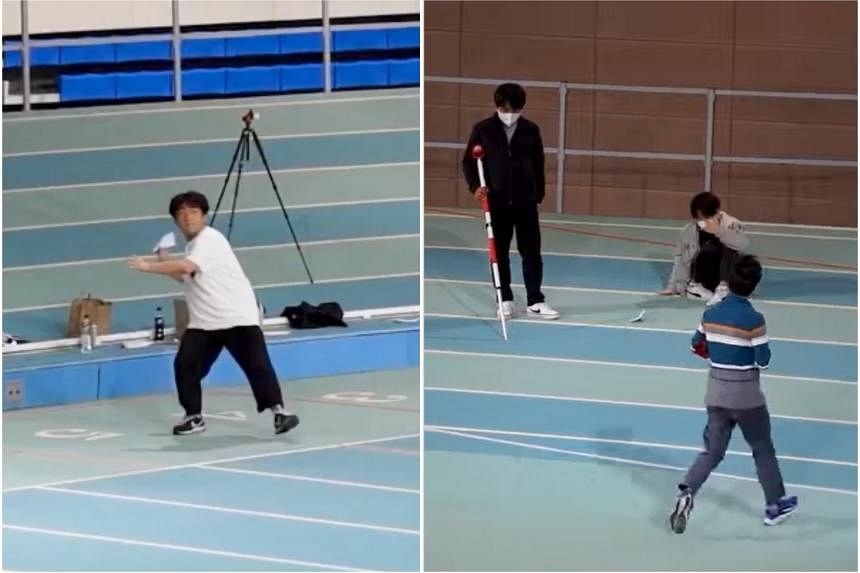 KUALA LUMPUR (THE STAR/ASIA NEWS NETWORK) – Most people folded paper planes for fun when they were kids, but it was always Mr. Julian Chee’s childhood dream to design such planes and break records.

And recently, he and his South Korean teammates have been doing just that.

His paper airplane design flew at 77.134m, beating the previous record of 69.14m held by Americans John Collins and Joe Ayoob in 2012.

“It’s been a long time since we wanted to put Malaysia in the GWR. It’s not love at first sight but I’m representing Malaysia as best I can. It certainly won’t be the last,” Mr. Chee recently said in an email interview.

When asked if he had ever expected to break the GWR, he replied: “Yes, I did. In 2019, I tested my design in an airplane hangar and I hit about 90% of the 2012 record distance on day one alone, so I knew it was within reach with a little more refinement.”

Mr Chee, a design engineer for European aerospace multinational Airbus, joined his South Korean friends Kim Kyu-tae and Shin Moo-joon to take on the challenge. The trio completed their distance in Daegu, Gyeongsangbuk-do in South Korea on April 16.

They each had a specific area to focus on: Mr. Shin – a paper plane veteran – folded the plane, Mr. Kim was the launcher, while Mr. Chee was the designer.

“I’ve known Shin for almost a decade now, and we’ve constantly discussed, via email and social media, new ways to fly higher, further and longer. So in 2019, I have did some indoor baseball testing at my varsity park and an old Boeing hangar in Wichita, Kansas,” Mr. Chee said.

“Unfortunately, I didn’t pursue the project as school and work kept me busy. Shin was the only person who knew my design and he introduced me to Kim with the intention of breaking the record. community in (South) Korea also started noticing my design, so we wanted to put it in the record books quickly, and we did,” said Mr. Chee, a graduate of the State University of Wichita from Kansas in Aerospace Engineering last year.

Former SMK student Taman SEA (Petaling Jaya) took months of research to conceptualize the design. He explained that there are a few factors that influence the performance of any aircraft, but ultimately it comes down to the balance between mass and wing area size.

“The heavier the paper, the more inertia it has to move it forward, and the better the structure. The smaller the wings, the faster it flies too,” he explained.

“For this application, the wings must be sized so that they can always glide at a particular speed, otherwise they will just hit the ground like a dart.”

Mr Chee said launching a paper plane looks easy, but pushing it at high speed with minimal distortion, consistency and endurance is much more complex.

“Unexpectedly, the challenge is to get it to fly straight at different speeds because paper is a soft material. Often launching would distort and damage the wings, causing the plane to roll or turn rapidly,” he said. -he declares.

“Compared to the 2012 record-breaking glider, my design is smaller, with more compacted layers in the wing, making it stiffer and less prone to distortion. As a result, our winning plane began gliding at a much higher altitude rather than a very aggressive downward swoop to pick up more speed.”

How to get to Victoria, BC from Seattle by boat or plane