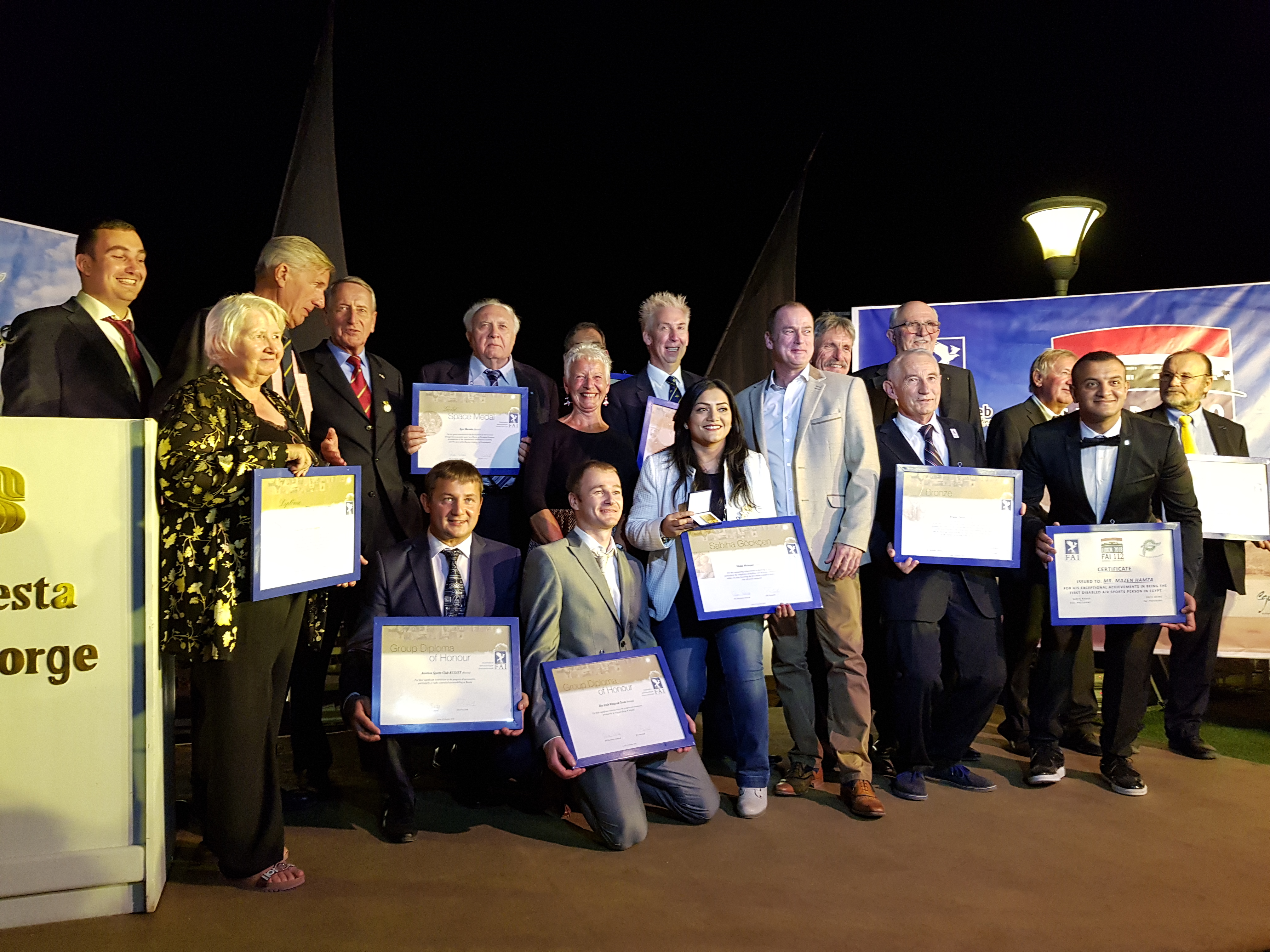 The achievements of air sports athletes and pilots around the world were celebrated last night at the annual FAI Awards Ceremony, held in Luxor, Egypt.

The 2018 ceremony marked the start of the 112th FAI General Conference, whose plenary sessions take place on October 26-27.

Opening the ceremony, Brink said, â€œThe annual FAI Awards are an opportunity for us to honor those who have done the most to advance aviation, space and air sports over the past 12 years. last months.

â€œI am delighted to be here to present this year’s awards to this list of inspiring individuals.

A total of 17 laureates were present at the ceremony.

FAI AIR GOLD MEDAL
Dr Hermann TRIMMEL (AUT)
For its great contribution to the development of aeronautics through its meteorological expertise and its role as a theoretical and practical promoter of gliding
“It is a great honor for me because I did not expect it because I have worked in aviation, especially gliding, for over 50 years now but I do it because my heart is in it. When I was 16 I started gliding and later I decided to start with meteorology because it was very related. “

GOLD MEDAL OF THE FAI SPACE
Igor BARMIN (RUS)
For his great contribution to the development of astronautics through his remarkable career as a doctor of technical sciences, academician of the International Academy of Astronautics and President of the Russian Academy of Cosmonautics

FAI BRONZE MEDAL
Bruno DELOR (FRA)
For his eminent services to the FAI in his capacity as President of the French Federation of Aeromodelling, delegate for France to the FAI Aeromodelling Commission (CIAM), 1st Vice-President CIAM and President of the Drone Sub-commission Sport and making Drone Racing a new sport discipline within the FAI as the global governing body of all air sports

Irish Wingsuit Team (IRL)
For their significant contribution to the progress of aeronautics, especially in wingsuiting in Ireland

SABIHA GÃ–KCEN MEDAL
Shital MAHAJAN (IND)
For her outstanding achievements in parachuting in India, in particular completing parachute jumps on all seven continents in one year, becoming the first Indian woman to parachute on all seven continents
“This award means a lot, I have been waiting for it for 14 years. The new NAC has supported me and now the FAI has recognized my hard work over these 14 years and I am the first Indian to get this FAI award, I am incredibly happy. “

Nick BUCKENHAM (GBR)
For its outstanding services to aviation and sport aviation, in particular aerobatics

David MOINES (GBR)
For its remarkable services rendered to Aviation and Sport Aviation, in particular to rotorcraft

ANGELO D’ARRIGO DIPLME – Environment
Klaus OHLMANN (GERMANY)
For its significant contribution in recent years to minimizing the environmental impact of air sports, in particular by offering its expertise and setting an example in the piloting of gliders and electric planes
“I am very happy to have obtained this environmental award. I am just carrying out a lot of projects such as the electric glider where the batteries are charged with solar energy to finally have zero emissions and do 3,000 kms without any other source. of energy. “

LEON BIANCOTTA DIPLME – Aerobatics
Madelyne DELCROIX (FRA)
For her significant contribution to the sport of aerobatics as world champion and one of the first two women pilots to be part of the French aerobatic team, also several times member of the international jury of Aerobatics World Events and great collaborator to the administration of the FAI