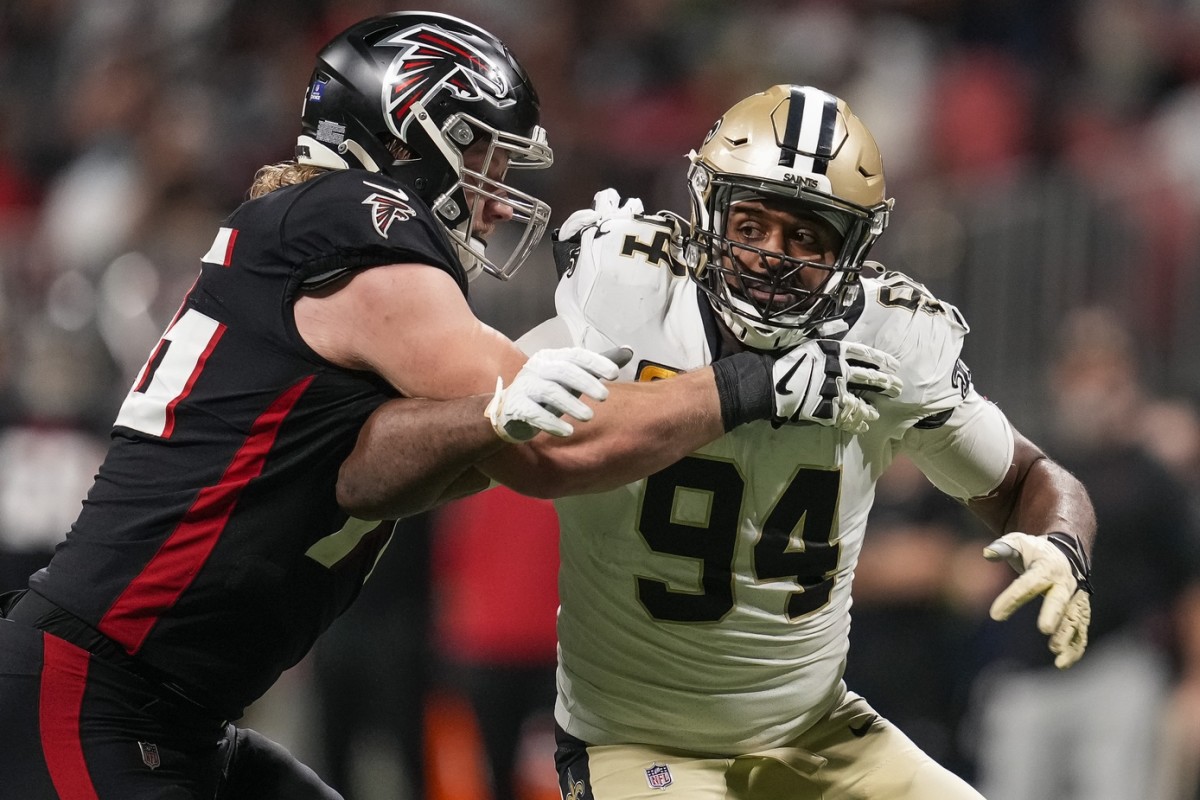 Trying to make back-to-back trips to the playoffs for the first time since 2000-02, the Las Vegas Raiders will navigate the fourth toughest schedule in the NFL, according to Pro Football Focus.

The Raiders will see some of the NFL’s best passers while navigating that schedule this season.

To simplify this round of grading, we’ll include both 4-3 defensive ends and 3-4 outside linebackers, as they both fulfill the same roles in their team’s defenses as the point guards.

We start our list with a player who has consistently been one of the NFL’s best defensive end over the past decade with the New Orleans Saints. Cameron Jordan.

A member of the team since being selected in the first round of the 2011 NFL Draft, Jordan hasn’t always been considered on the same level as other top pass throwers.

His 107 career sacks would say different, a total that’s just eight shy of matching the Saints’ franchise record for sacks.

Jordan has six double-digit sack seasons on his resume, including four in the last five years.

Since 2017, he’s tied for third in the NFL with 60.5 sacks and has made the Pro Bowl in each of the past five seasons.

Amazingly, he only made one first-team All-Pro appearance in his entire career.

And this despite his ranking no less than 10th in the PFF Edge rusher ranking since 2016.

This fuels the narrative that Jordan has been underrated for most of his career, having to be behind other names on lists like these.

What can’t be denied is that, even now at 33, there are few pass rushers who have had the longevity of Jordan.

It’s why he was voted to the Pro Football Hall of Fame’s All-2010 team, and why he remains one of the best defensive linemen the Raiders will face this season.

He will also serve as the leader of what should remain a miserly Saints defense, a defense where he now has a legitimate running mate in defensive end Marcus Davenport.

It will just make it much harder for the Raiders to control Jordan.