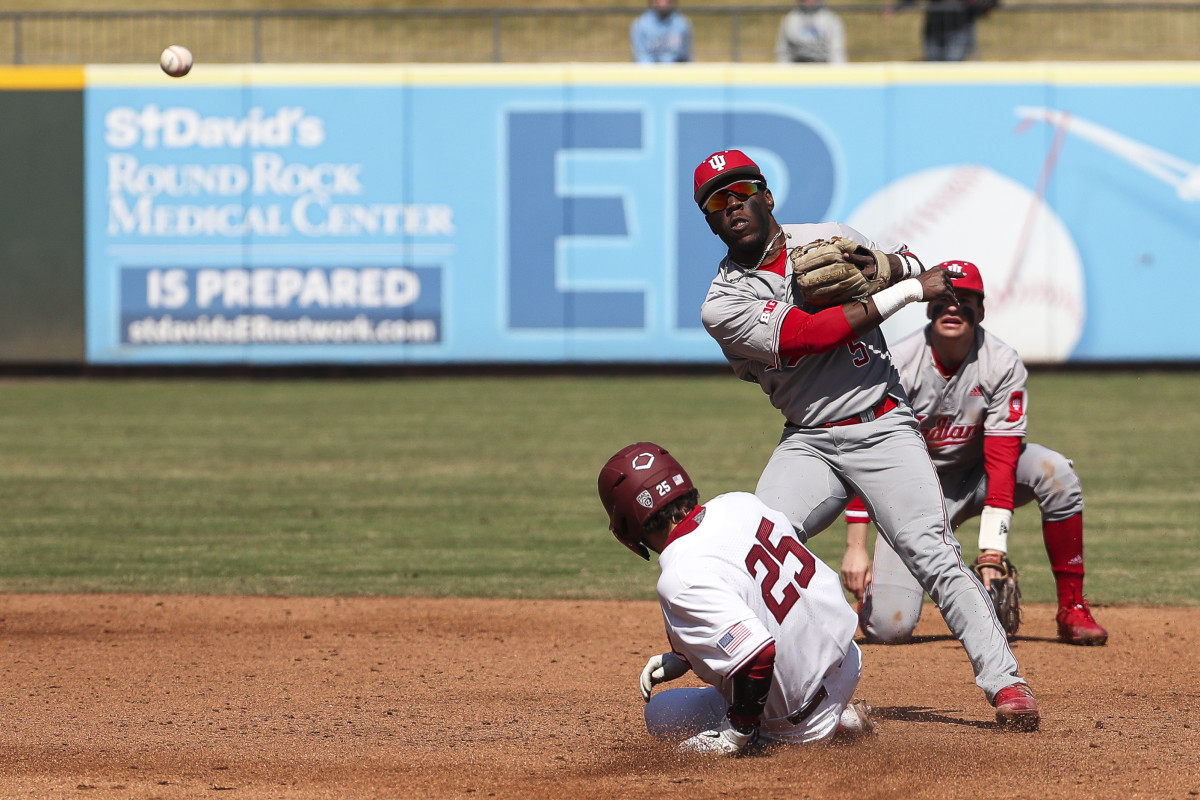 BLOOMINGTON, Ind. –Indiana has won three straight series since April 23 against Nebraska, and it has a chance to make it four as the newest Big Ten team, Minnesota, comes to town.

Here’s a breakdown of the pitching and hitting matchups to watch this series.

Perkins has been Indiana’s most reliable starter all season and has a team-low 4.30 ERA. Indiana lost Perkins’ last start to Michigan, but the redshirt junior put the Hoosiers in position to win. Perkins pitched six innings and allowed five hits, three runs, two walks and seven strikeouts. His last start at Bart Kaufman Field came on April 29 against Illinois when he allowed two runs in 5.2 innings of work. Perkins transferred to Indiana after three years at Louisville, and Indiana head coach Jeff Mercer believes Perkins has become a true Friday starter.

Holetz will make just his third start of the season on Friday, entering the game with a 6.75 ERA in 28 innings of work. He’s been used more often as a reliever, but the 6-foot-5 redshirt junior will have a chance to prove he belongs in the starting rotation. Holetz recently threw 3.1 innings out of the bullpen against Nebraska, allowing four hits and two earned runs. His best outing of the season came on April 27 against Saint Thomas when he pitched four scoreless innings.

Brehmer will take the mound for the Hoosiers with a 6.16 ERA in 10 starts and three relief appearances. His most recent outing featured five innings of work where Brehmer allowed eight hits, five runs, two walks and eight strikeouts. The senior right-hander allowed 19 runs in his last four starts but earned the win over Nebraska by allowing a run and striking out 11 batters over six innings. Brehmer enters the game with a 4-3 record, and the Hoosiers will need a solid outing from him to keep their Big Ten tournament hopes alive.

The Golden Gophers will hand the ball to Skoro on Saturday, who hasn’t started a game all season. Skoro was strictly used out of the bullpen, posting a 2.70 ERA in 26.2 innings. He has 29 strikeouts this season and doesn’t give up easy bases, as evidenced by just six walks all season. After not pitching more than two innings all season, Minnesota used him in a long reliever role against Nebraska when he allowed one earned run and four hits in 4.2 innings.

It’s no surprise to see Indiana leave Sunday’s back-to-school up in the air. Mercer hasn’t announced a starter on the Sunday before game day on multiple occasions throughout the season, and is likely to assess the team’s use of the bullpen throughout the season. the series to make a decision. In recent playoffs, it’s been common for Sunday to be a bullpen day for the Hoosiers. Luke Hayden started last Sunday’s game at Michigan, but it wouldn’t be surprising to see Braydon Tucker or Grant Holderfield take the mound on Sunday.

Minnesota’s Sunday starter Maldonado has more starting experience than the top two pitchers combined, making 11 starts and one relief appearance this season. Maldonado comes into the game with a 4.06 ERA in 62 innings. He’s more of a strikeout threat than the first two starters, seen by his 75 strikeouts, but he’s had control issues with 30 walks this season. Maldonado’s last start came on May 8 against Nebraska when he allowed five hits, one run, one walk and eight strikeouts in seven innings.

Indiana has been led lately by a trio of freshmen looking to make history. Carter Mathison, Josh Pyne and Brock Tibbitts can become the first freshman line in Indiana history to every record 40-plus RBI in a season if Tibbitts leads in one more run in the final seven games of the league. regular season. Mathison and Pyne have won or shared two of the last three Big Ten Freshman of the Week awards, and Tibbitts is third on the team in total bases (92) and slugging percentage (26).

In the other dugout, Minnesota doesn’t have a very deep roster — only three regular starters have batting averages above .230 — but the Gophers still have talent up top. Sophomore outfielder Brett Bateman leads the team with a .321 batting average. He hasn’t hit a home run and has just 10 RBIs, but he’s on base almost 40% of the time. Jack Kelly leads the team with 37 RBIs and is second among Minnesota batters with a .314 batting average. And while he’s batting just .226, Chase Stanke provides the pop for Minnesota with 10 homers and a .503 slugging percentage.

Indiana currently sits seventh in the Big Ten, and a series win would certainly help the Hoosiers earn a spot in the Big Ten tournament, where the top eight teams qualify.