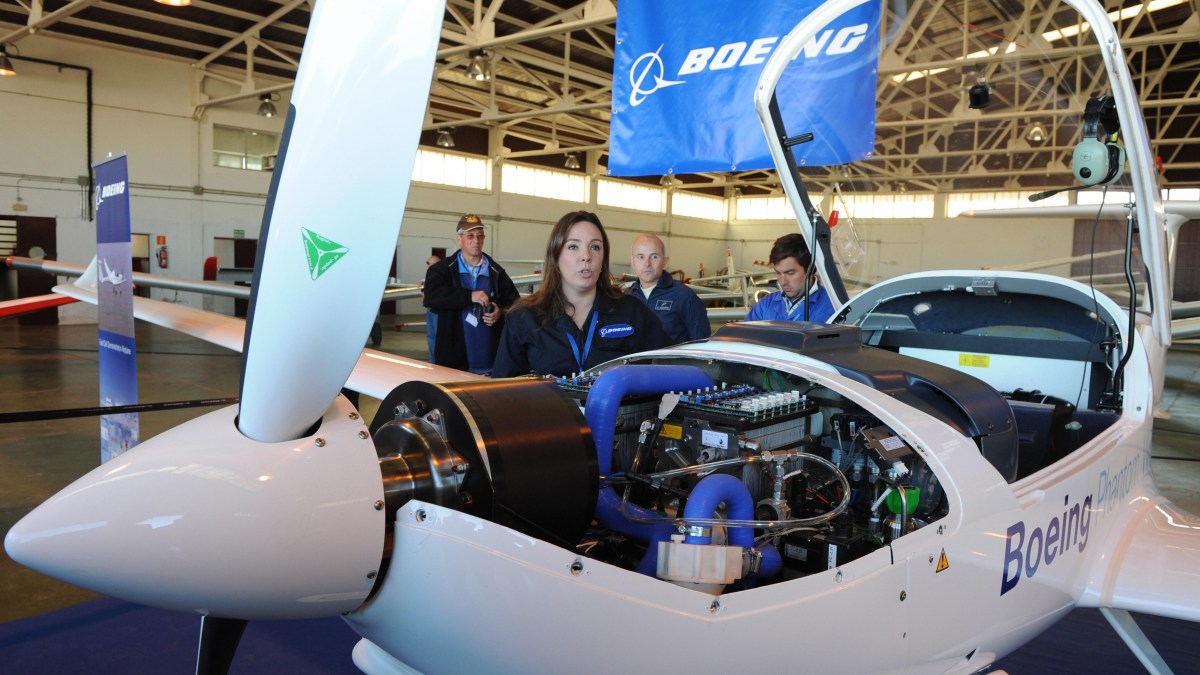 How close are we to hydrogen planes, really?

Last month, Airbus announced plans for the world’s first hydrogen-powered zero-emission commercial aircraft models and said they could fly by 2035. Boeing, meanwhile, has carried out several tests to hydrogen aircraft, manned and unmanned.

But how far away are the hydrogen-powered jetliners you could board? Decades.

The idea is of course not new. One of the first major flight disasters was due to hydrogen – the Hindenburg airship was actually a giant balloon filled with highly flammable gas that caught fire and fell from the sky in 1937, killing 36 people. But the hydrogen was not really the Hindenburg. fuel – it just provided buoyancy.

There are two ways to use hydrogen to fly airplanes these days. First, you can burn it (on purpose).

“You can run hydrogen in an existing engine,” said Mike McCurdy, chief executive of aviation consultancy ICF. With a few engine modifications, you could actually use hydrogen as a fuel like jet fuel and burn it to power an engine.

The other option is to use the gas to fuel a chemical reaction. “You load liquid hydrogen into the plane and run it through a fuel cell to generate electricity,” McCurdy said. This would power electric motors.

Europe-based Airbus, which did not respond to repeated interview requests, said its future concept planes would use both combustion and fuel cell technology.

Both technologies work, but have serious problems to overcome.

Obviously, this is not ideal. Thus, large aircraft intended to travel a substantial distance would need much larger fuel tanks. And those tanks would need to be frozen to minus 420 degrees Fahrenheit — near absolute zero — to liquefy the hydrogen. It’s almost as cold as anything in the universe can get.

“Yes, when it comes to hydrogen, planes will definitely look different,” said Bhupendra Khandelwal, associate professor at the University of Alabama.

In today’s airplanes, the wings are where the fuel is stored, and they are by no means large enough to store the hydrogen that would be needed for a long flight.

So the hydrogen planes of the future could have extra-wide fuselages, but it will more likely be so-called blend-wings, in which the planes are shaped like large triangles. This would allow them to store more fuel, “but also reduce fuel consumption to further improve the aerodynamics of the aircraft,” Khandelwal said.

No matter how the planes look, they would need infrastructure to produce, transport and store hydrogen. It would be expensive and does not yet exist on a large scale.

“There are airports that are starting to look at converting or adding hydrogen storage capacity,” ICF’s McCurdy said. “It’s really focused on the land fleet right now,” he said, referring to the assortment of land-wheeled vehicles that could be seen cruising the tarmac carrying luggage, fuel or people. .

According to ICF, it will be in the 2030s that the cost of hydrogen will become comparable to that of jet fuel, and the infrastructure to achieve this will likely develop outside of aviation, said Eliot Lees, vice president of ICF. ICF for clean transport. “What you will see is that hydrogen infrastructure becomes important for the on-road fleet of heavy and medium trucks, and from there it will work its way into aviation.”

When the hydrogen planes arrive, they will not arrive en masse. Only certain types of aircraft will initially fly on fuel, predicts Lees. “The most immediate focus is on the medium-haul market, the regional aircraft market, turboprops – that’s what can be converted much faster,” he said. They’ll likely use fuel cell technology to power the electric propellers, while longer-range planes, down the road, are more likely to burn hydrogen for thrust.

Boeing actually flew a hydrogen-powered manned plane in 2008. It was a two-seater with extra-long wings and it flew for about 20 minutes. The company has flown five hydrogen planes since.

Brian Yutko, Boeing vice president and chief engineer for sustainability and future mobility, said that at this point, hydrogen is still primarily made from energy from fossil fuels.

Over time, this should change. But there is an easier way to reduce total emissions in the short term: “There are technologies called sustainable aviation fuels, or SAFs,” he said.

Sustainable aviation fuels are essentially regular jet fuel with minor chemical differences, but are recycled from carbon that would otherwise have been released into the atmosphere as pollution. “It could be municipal solid waste,” Yutko said. “It can be forestry residues or other agricultural residues, a variety of feedstocks for which the carbon is already depleted in our environment.”

It appears to be what will power the bulk of long-haul commercial jets long before hydrogen does, with a comparable amount of greenhouse gas savings.

“We are able to reduce up to 80% of total lifecycle carbon emissions using these different pathways,” Yutko said. SAF can also help reduce global warming caused by contrails – clouds of ice crystals that form around soot particles emitted from aircraft exhaust.

Boeing planes will be able to run on 100% sustainable aviation fuel by 2030, according to Yutko, an increase from the 50% blend allowed today.

The company is investing in increasing the production of these fuels with the Dutch company SkyNRG. They are still much more expensive than normal jet fuel, so the economics need to be worked out.