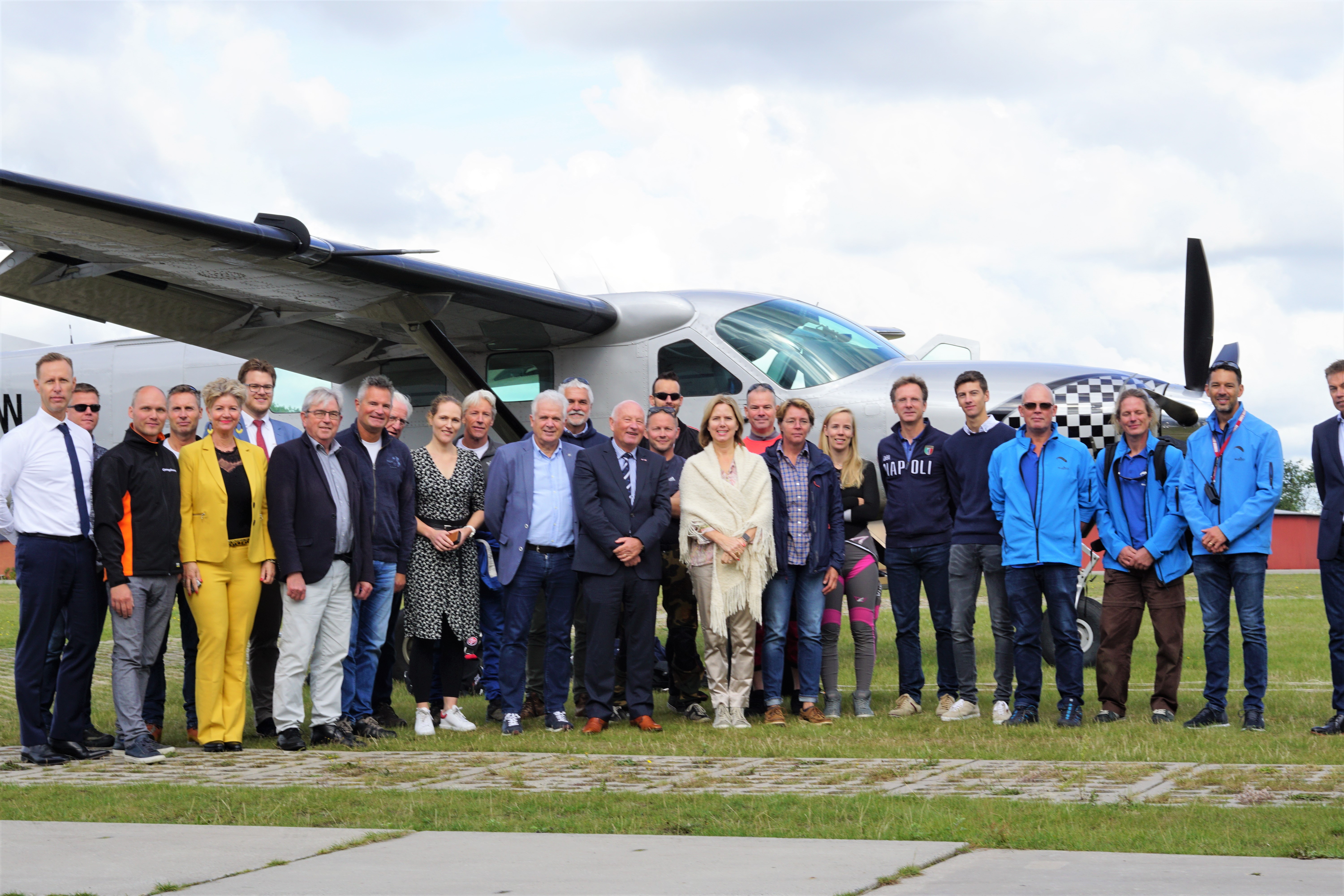 She was greeted by Ronald Schnitker, the president of the KNVvL. Schnitker recalled the relationship of more than one hundred years between the KNVvL and the Ministry of Infrastructure. In the earn years of aviation, it was the KNVvL that brought the public’s attention to aviation, established the first rules of aviation and issued licenses. And it was the ministry that asked the KNVvL to give its opinion on the preparation of the first aviation law in the Netherlands.

Mr Schnitker said: â€œToday the KNVvL is more of a defender of the interests of air sports. Due to the increase in commercial and military aviation, the space for aviation sports in the Netherlands is shrinking. KNVvL stands for maintaining sufficient airspace for air sports. This situation is not unique to the Netherlands, also elsewhere in the world, we are seeing the same developments â€. He referred to the Manifesto that was signed at the 2018 FAI General Conference in Luxor and handed Ms van Nieuwenhuizen a copy of her book. Preserving access to airspace for air sports.

Ms van Nieuwenhuizen had the opportunity to observe air sports up close, with volunteers from various departments explaining the ins and outs of their air sports. Under a blue sky, they performed live demonstrations of model flight, paramotor flight, paragliding, balloon inflation and drone flight. Gliding and hang gliding provided a static display. Mrs van Nieuwenhuizen was quick to respond when asked which aerial sport she would like to try: “a parachute jump”. The KNVvL was happy to oblige.

It was a very successful event, in which the KNVvL had the opportunity to explain to the Minister why 15,000 Dutch people like to practice air sports and what the KNVvL is doing to bring sports in the right direction.