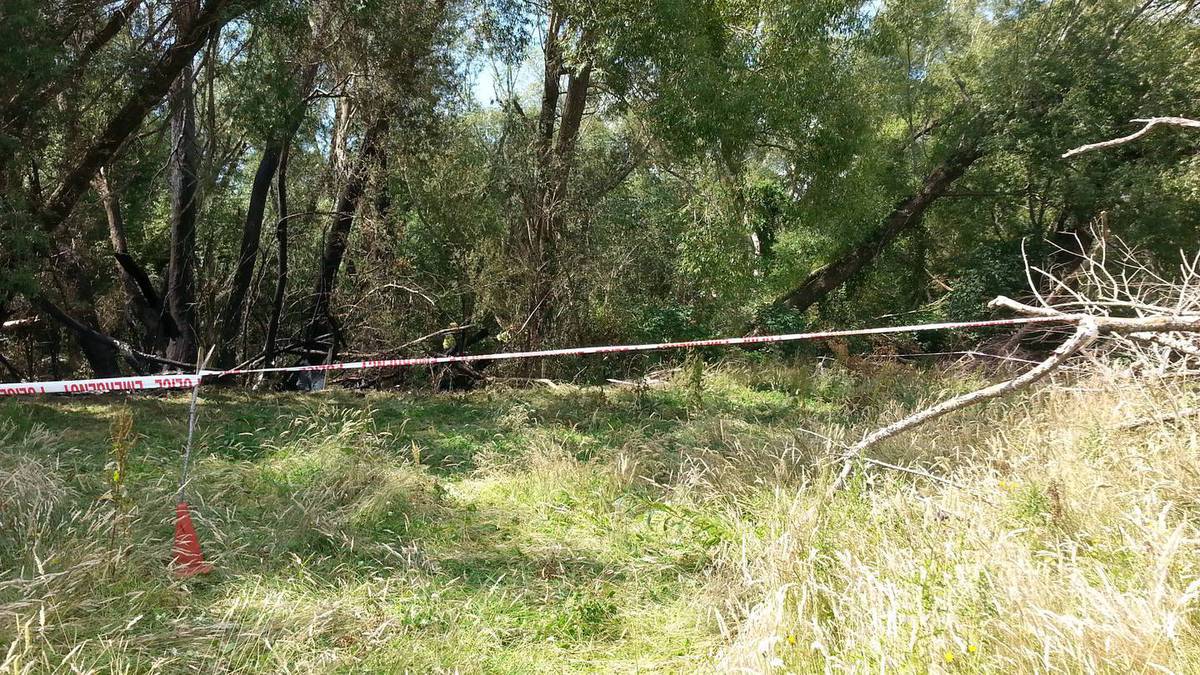 The scene of Martin Lowen’s fatal crash in 2014. Photo/File

The death of a pilot who died while towing a glider capped a ‘decade of hell’ for his family who lived through earthquakes, suffered the loss of three other family members and were close to the victims of the shooting of the Christchurch Mosque, according to an inquest heard today.

Martin Timothy Lowen, 55, died on January 19, 2014 in Springfield, 65km west of Christchurch minutes after taking off in his Piper PA28-236 fixed-wing plane from Canterbury Gliding Club‘s Springfield Aerodrome around noon by towing a glider for two people.

The crash was witnessed by glider pilot John McCaw, uncle of All Blacks captain Richie McCaw, himself a keen glider.

A coroner’s inquest into Lowen’s death was delayed while formal investigations into the crash were conducted. There have also been Covid-19 delays and other postponements.

But an inquest into the circumstances leading to the fatal accident and the cause of death, led by Deputy Chief Coroner Anna Tutton, began this morning in Christchurch.

It opened with the coroner inviting widow Elisabeth Lowen to speak about her late husband.

“One word sums up Martin – great,” said a friend of McKenzie’s – someone who attends court as a support person – on behalf of Elisabeth Lowen.

“He was a big man who had a great physical presence. He was loud and great fun to be around. He had a big appetite for the things he loved.

“He did everything 100%. His word meant a lot to him… If he made a mistake, he took full responsibility for his mistakes.”

It has been a “decade from hell” for the Lowen family, according to the inquest, after dealing with insurers after an earthquake-damaged home, the loss of Lowen, along with three other family members, as well as living with the impact of the March 15, 2019, mosque shootings where they had a “direct relationship” with the victims.

Lowen died doing something he loved, according to the inquest, which is some comfort to his family who still miss him terribly.

Testifying today, McCallister said that before takeoff the glider instructor questioned the ‘pilot-in-training’ at length. He advised that it had been some time since her last flight, so the instructor agreed that she would be hovering above the controls.

McCallister, who would later be interviewed by the Civil Aviation Authority (CAA) for their version of events, had clung to the glider and “run the wing”. The wind, he said, was about 10 knots westerly.

After takeoff, McCallister thought everything looked normal and so looked away momentarily.

When he glanced back, “the horror began to unfold.”

Helpless, he made “unnecessary calls” to “Come up!”, The inquest was heard.

As the plane headed for trees, McCallister “hoped desperately” that Lowen had passed them and landed safely or lifted up and flown further.

But he soon heard a crash of branches snapping and then smoke.

He did not recall a roaring engine, the inquest was told.

A CAA report found that shortly after takeoff, the glider rose above Lowen’s tow plane, prompting the instructor to attempt to bring it back into position just behind.

As the glider descended, it picked up speed, releasing the towline.

The instructor responded by flying to the left of the tow plane, which the report said caused a “side tow rollover” in Lowen’s plane when the rope tightened again.

“The sudden tension in the towline would have been unexpected, resulting in the tug pilot momentarily losing control of the tow aircraft as it taxied and descended,” the report said.

Lowen’s plane rolled over, crashed into trees and burst into flames.

Lowen died of injuries to his chest, spine, and limbs and the effects of smoke and fume inhalation.

The CAA report indicates that the instructor instructed the pilot of the original glider to release the towline as the craft made a left turn.

“However, this instruction was not heard or acknowledged by the [glider pilot].”