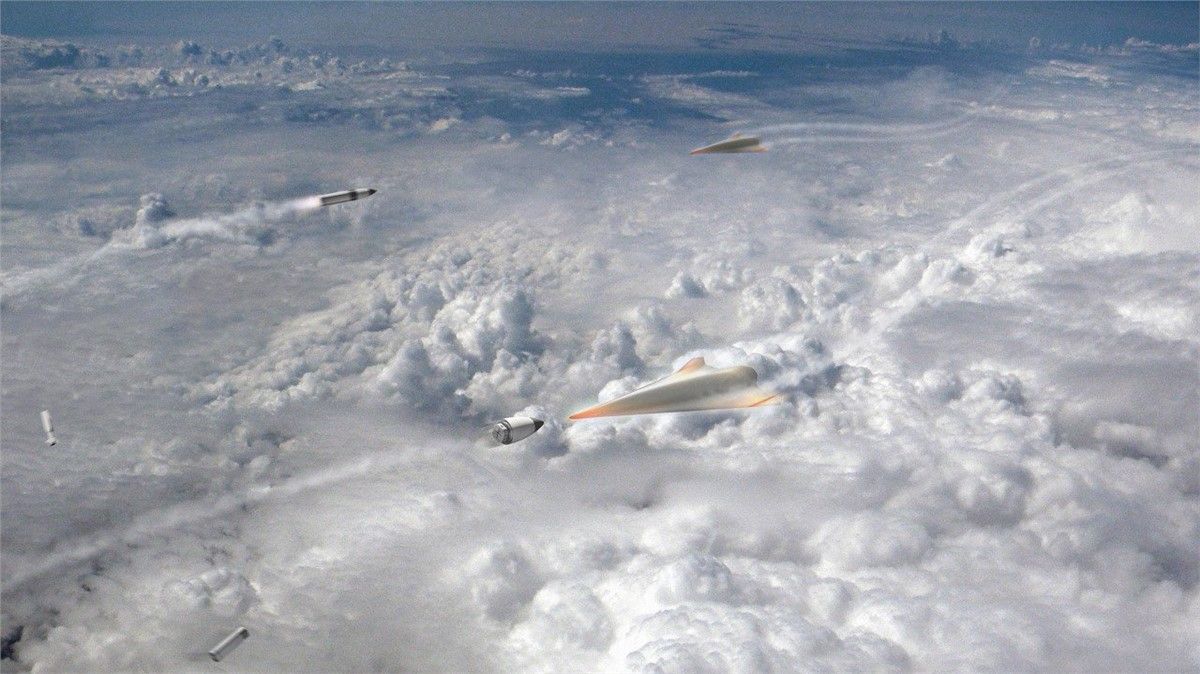 A US military proposal to detonate hypersonic weapons from the sky is entering a new phase.

The program, a “hypersonic defense interceptor” system called the Glide Breaker, aims to thwart highly maneuverable weapons that traverse the upper atmosphere at speeds of at least Mach 5. (Mach 1 is the speed of sound; “hypersonic ” generally refers to vehicles traveling at least five times as fast.)

The US Defense Advanced Research Projects Agency (DARPA) is now ready for Phase 2 of the program, which was first announced in 2018. The agency is seeking proposals “to conduct wind tunnel and flight testing jet interaction effects,” DARPA officials said. announcement April 15.

“The primary deliverable of Phase 2 is a data set from the wind tunnel and flight testing that enables model validation and informs future design activities,” DARPA said in its statement. general announcement of the agencywhich provides advice to potential suppliers.

Related: The most dangerous space weapon concepts of all time

A major goal of Phase 2 is to further develop a “diversion and attitude control system” (DACS), which allows an “interceptor kill vehicle” to target hypersonic missiles in flight. The first phase did not consider effects such as hypersonic airflows or control system plumes, DARPA officials noted.

Participants in Phase 1 of the program included at least Northrop Grumman (which received a contract worth $13 millionunveiled in January 2020) and Aerojet Rocketdyne ($12 milliondisclosed in February 2020.)

“In Phase 1 of the Glide Breaker program, two DACS prototypes capable of achieving the desired performance goals have been designed and are being manufactured and demonstrated,” DARPA said.

“Phase 1 testing includes component testing and hot static demonstrations of the integrated DACS prototypes,” the agency added, noting that participation in Phase 1 is not a prerequisite for joining Phase 2. .

Glide Breaker is one of several DARPA programs targeting the hypersonic domain. For example, the agency recently announced that a prototype Lockheed Martin hypersonic missile flew at five times the speed of sound “for an extended period.”

This happened during a technology test for another program, the Hypersonic Air Breathing Weapon (HAWC) concept, which also supported another test in September 2021. by Raytheon Technologies.

More broadly, the US military has been evaluating hypersonic capabilities for many decades. Some of these past efforts include the 1950s X-20 Dyna-Soar which was designed to be launched on a rocket, the hypersonic FALCON (short for Force Application and Launch from CONtinental United States) program of the early 2000s, and Blackswift , which was canceled later.

Other countries, including Russia and China, are also apparently prioritizing the development of hypersonic weapons delivery systems, whose maneuverability makes them harder to track and intercept than traditional ballistic missiles. So it’s no surprise that DARPA is working on ways to counter hypersonic vehicles.