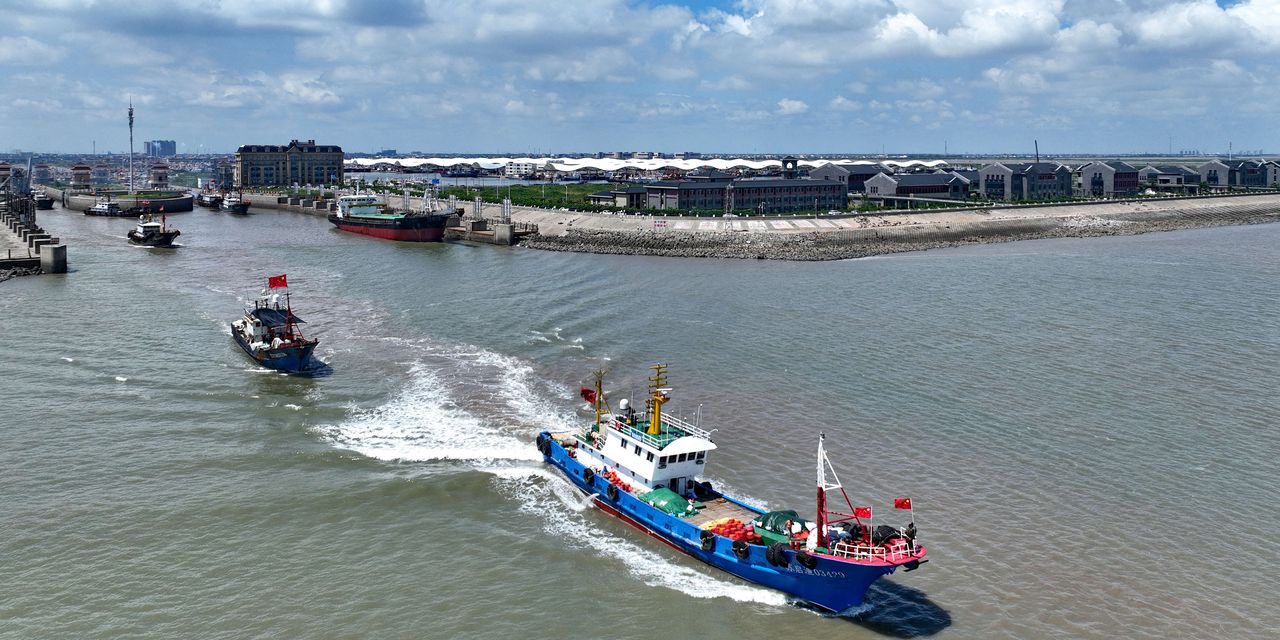 
A plummeting property market, falling industrial activity and stocks down sharply from a June high – these are just a few signs of a Chinese economy that cannot get back on its feet, even though it has largely brought its Covid outbreaks under control.

) fell to 49.0 in July from 50.2 in June, falling below the 50-point mark that separates contraction from expansion, the National Bureau of Statistics (NBS) said on Sunday. This was well below analysts’ forecasts.

The production, new orders and employment sub-indexes all fell. In fact, unemployment rose for the fourth consecutive month in July, reaching its highest level since April 2020, largely due to weak demand for manufactured goods.

Together, the two PMI indices paint a picture of the general slowdown in Chinese manufacturing industries.

“The appetite for credit has waned, with pent-up demand falling everywhere. A very small group of businesses appear to be enjoying preferential access to credit, while the rest sit on the sidelines,” said Shehzad Qazi, managing director of China Beige Book (CBB), in a report released on Monday.

It wasn’t just manufacturing that languished. Services revenue growth slowed slightly, while retail sales fell to 19 from 28 on a broadcast index compiled by CBB.

“Retail is the hardest hit, with revenue growth down for a fourth consecutive month. Business death is almost certainly happening in the sector now,” the chief economist said. of CBB, Derek Scissors, in Monday’s report.

The consultancy’s CEO, Leland Miller, summed up the broader situation plaguing the world’s second-largest economy: “Beware of the July rebound narrative. Markets are convinced the easing of lockdowns means the worst is over, but data from July shows businesses are still largely unwilling to invest, borrow and, especially now, hire. It’s probably because companies just don’t believe their Covid Zero nightmare is over.

Real estate remains one of the main brakes on the country’s growth. According to data provider China Real Estate Information Corporation, China’s top 100 developers saw a 37.9% year-on-year drop in sales in July. Hong Kong and Mainland stocks for the sector fell accordingly on Monday.

The sector is still reeling from a widespread boycott in which owners refuse to pay for their unfinished units. On top of that, the most indebted developer in the country,

over the weekend failed to submit its promised “preliminary restructuring plan”.

As developers are unable to restructure, a chain of events negatively impacts the businesses themselves, investors and homebuyers, who are all settling for less than they have invested. When Evergrande’s default hit the headlines, the term contagion resurfaced amid fears for the industry.

Markets, meanwhile, have fluctuated but largely fallen steadily over the past month, after peaking at the end of Shanghai’s draconian two-month Covid lockdown.

The benchmark Shanghai Composite Index is down 5% since early July, while the large-cap CSI 300 index has fallen 8%. Across the border in Hong Kong, the Hang Seng index has seen the worst, falling 11% in the past 30 days.

In official acknowledgment of market instability, the head of regular securities, Yi Huiman, wrote a long article in the prestigious Communist Party newspaper on Monday. Qiushi clarify the government’s position on current conditions.

“The stock market generally goes up and down, and the government shouldn’t intervene in normal fluctuations,” he said. “However, non-intervention is not laissez-faire. We must always adhere to the underlying logic and resolutely prevent “market failures” from causing abnormal fluctuations. »

Yet the most disconcerting aspect of China’s current crisis is the government’s repeated assertion that no large-scale stimulus is underway. Moreover, regardless of resurgences in Covid cases and the need for lockdowns, the country will strictly adhere to its zero-Covid policy, which has been the main driver of its weak growth so far this year. In the first half of 2022, China’s economy grew by 2.5%, making its 2022 target set at the start of the year of “about 5.5%” looking increasingly out of reach.