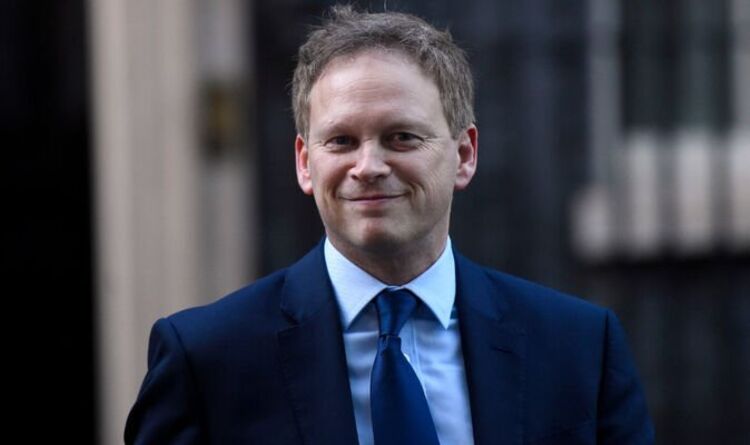 Grant Shapps unveiled new measures last night in an attempt to put even more pressure on Vladimir Putin as Russia continues its assault on Ukraine. The UK had previously introduced sanctions against Russian oligarchs and pushed Western leaders to bar Moscow from the SWIFT financial transactions service.

Writing on Twitter, the Transport Secretary said: “I have made it a criminal offense for ANY Russian aircraft to enter UK airspace and now HMG can detain those aircraft.

“We will stifle the ability of Putin’s cronies to continue their normal lives as thousands of innocent people die.”

The new measures, which were introduced from 5 p.m. on Tuesday, grant airport operators the power to detain Russian or Russian-chartered planes.

Mr Shapps, who was first elected MP for Welwyn Hatfield in 2005, also attached a copy of a letter he wrote to all airports and airfields in the UK.

The letter, which describes the Russian invasion as “unprovoked” and “premeditated”, says the UK has already shown there will be “massive consequences and high cost for any Russian military incursion into Ukraine”.

However, the transport secretary has now moved to further restrict Russian access to the UK.

He said: “Under these circumstances, the Department for Transport does not consider it appropriate for Russian aircraft to continue to enter UK airspace or land at UK airports.

“As of February 25, legislation is already in place to ban Russian aircraft from entering British airspace.

“As of today, the legislation is aligned with other areas of the sanctions regime with criminal offenses related to their violation.”

The letter to airports added: “Please note that failure to comply may result in a criminal offence.”

Vladimir Putin responded to the UK’s commercial airline ban in February by banning UK airlines from flying to and over Russia, according to Sky News.

The new law will also give the Civil Aviation Authority (CAA) the power to refuse to register an aircraft in Britain if the information provided means that the aircraft “appears to be owned, chartered or operated by a person which has been designated for aviation purposes”. sanction”.

The CAA can also terminate an aircraft registered in Britain if it is owned, chartered or operated by a Russian person or company.

The announcement came just hours after Britain said it would phase out imports of Russian oil by the end of 2022.