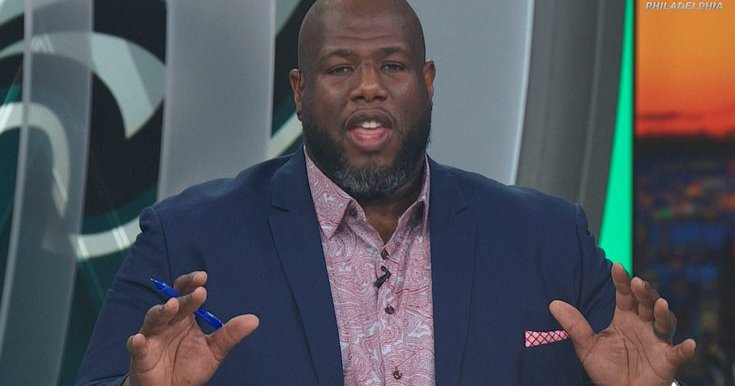 Brooks, 49, will host “Birds Huddle,” a 30-minute show that kicks off May 2 with a mix of news, analysis, commentary and opinion. The show will air at 6 p.m. and will include pre-game talk leading up to games from the Sixers and Flyers, who have their own pre-game shows.

Brooks will be joined each night by a rotating cast of guests, including NBC Sports Philadelphia’s Reuben Frank and Dave Zangaro of the “Eagle Eye” podcast.

Part of the show will be dedicated to sports betting analysis with regular PointsBet guests.

“Barrett and the team will bring an exciting, entertaining and informative experience to sports fans in Philadelphia every weeknight with Birds Huddle,” said Brian Monihan, president and CEO of NBC Sports Philadelphia. “Viewers can count on expert analysis, unfiltered opinions and insightful betting breakdowns every night of the week leading up to our pre-match coverage and live matches.”

Brooks has been a regular on “Eagles Postgame Live” and was previously a presenter on the morning show “Breakfast on Broad.” He and former co-presenter Rob Ellis are now joined by Derrick Gunn on “Sports Take”, a new streaming show from JAKIB Media Sports.

It says a lot about the Eagles’ primacy that NBC Sports Philadelphia has confidence in launching a football-centric show months before the start of the NFL season, but the timing aligns perfectly with the NFL Draft to give ” Birds Huddle” a good lead.

Brooks’ journey from Super Bowl champ to unpaid media intern to host of his own Eagles show is quite a remarkable story. The show on NBC Sports Philadelphia will usually follow right after “The Mike Missanelli Show” simulcast, giving fans a regular dose of Eagles updates and talk.