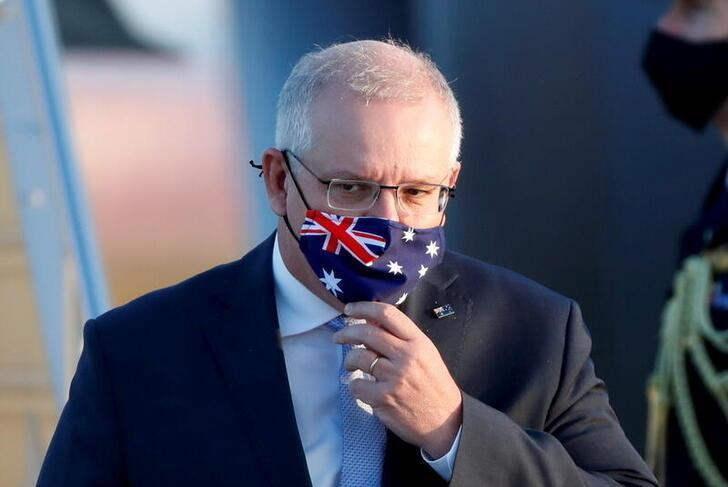 SYDNEY: Australian Prime Minister Scott Morrison said an Australian surveillance plane was doing its job when it was “threatened” by a laser from a Chinese navy vessel, dismissing Beijing’s claim that the plane approached too close.

“Our surveillance planes have every right to be in our exclusive economic zone and closely monitor what people are doing,” Morrison told reporters on Tuesday.

“The fact that they were threatened is extremely disappointing,” he added.

The Chinese missile destroyer and an amphibious transport dock were sailing east through the Arafura Sea between New Guinea and Australia, and then crossed the narrow Torres Strait, according to the Australian Department of defense.

Beijing claims the Chinese vessels had a legal right to be in international waters, which Australia has not disputed.

China’s Defense Ministry said on Monday the surveillance plane dropped a sonobuoy, which can help detect submarines, near Chinese ships, and flew up to 4 km (2.5 miles) away. of the convoy, which he said was “provocative and dangerous”. .

The Australian Department of Defense said the plane was 7.7 km from the Chinese navy vessel at the time of the laser incident, and the closest flight was 3.9 km away, which it says him, was the standard for a visual inspection of a ship.

Morrison said the surveillance plane crew were “doing their job” and reiterated their demand for an explanation from Beijing.

On Tuesday, Morrison separately announced that Australia would spend A$804 million ($578 million) to buy drones and helicopters and set up mobile stations in Antarctica because Australia needed to “monitor” the region.

He said China did not share Australia’s objectives in Antarctica, 42% of which are claimed by Australia, and that Beijing wanted to exploit its resources.

“We have to keep an eye on Antarctica because there are others who have different objectives than us, and we have to make sure not just in Australia’s interest, but in the interest of the world, that we are protecting this incredible environment for which we are responsible,” he added. he said.