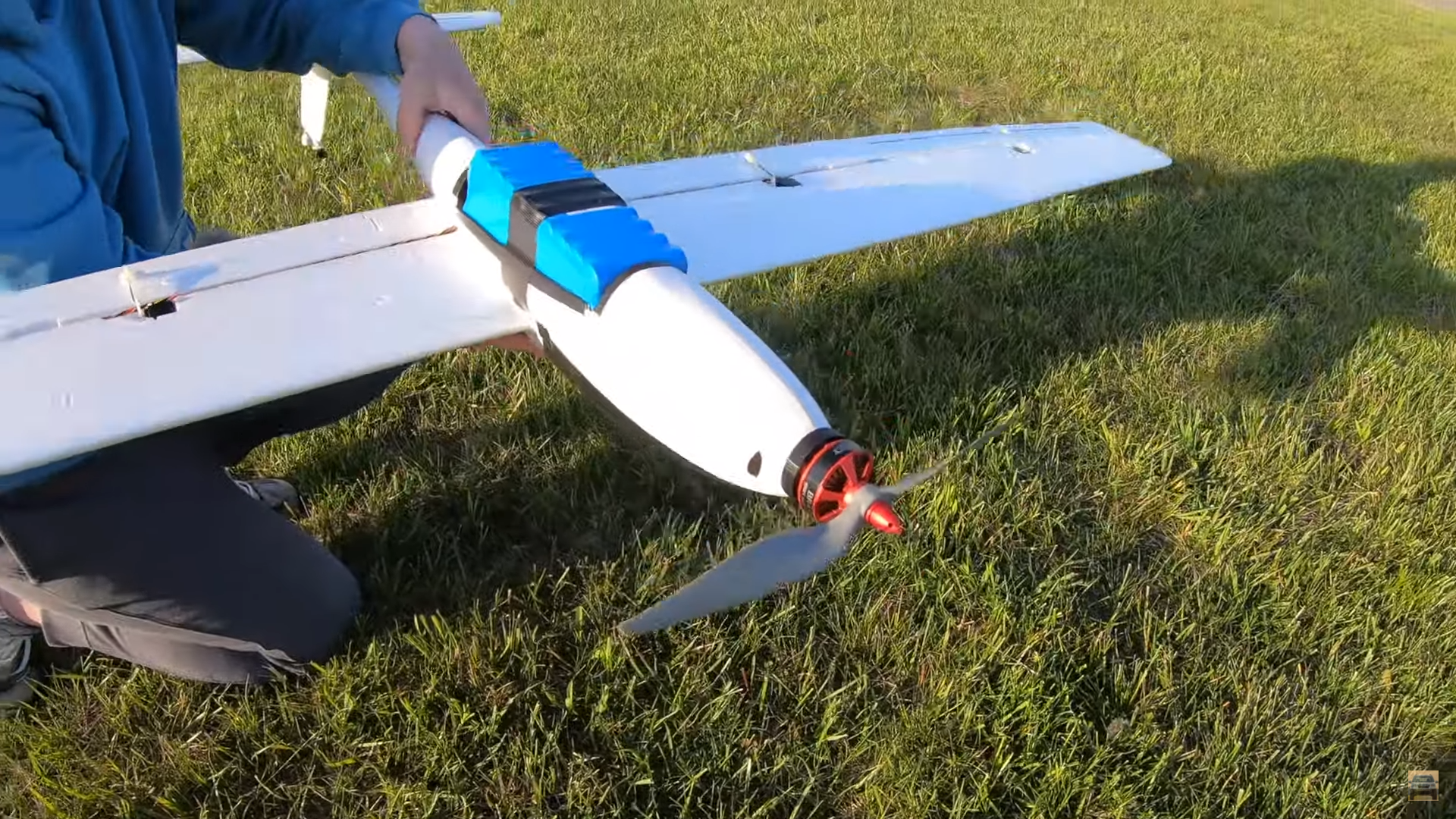 Electric RC planes aren’t known for their long flight times, with multirotors typically doing 20-45 minutes, while most fixed-wings will struggle to exceed two hours. [Matthew Heiskell] blew those numbers out of the water with a 10 hour 45 minute flight with a battery powered RC plane. Condensed video after the break.

The secret? An efficient plane, a well-tuned autopilot and a massive battery. [Matthew] builds a custom 4S 50Ah Li-ion battery from LG 21700 cells, with a weight of 2.85 kg (6.3 lbs). The airframe is a Phoenix 2400 motor glider, with a wingspan of 2.4m, powered by a 600Kv brushless motor driving a 12 x 12 propeller. ensuring that every bit of battery juice was available.

To improve efficiency and eliminate the need to maintain manual control for marathon flight, a GPS and Matek 405 Wing flight controller running ArduPilot has been added. ArduPilot is far from being plug and play, so [Matthew] should have gone through a lot of timing adjustments and test parameters for maximum flight efficiency. We’re really curious to see if it’s possible to push flight time even further by improving the aerodynamics around the protruding battery, adding a pitot tube sensor to maintain the perfect airspeed on the lift- drag, and possibly using thermals with ArduPilot. new soaring feature.

Some of you are probably thinking, “Solar panels!”, and so is Matthew. He has another set of covered wings which he used to make a seven hour flight. Although this should theoretically increase flight time, he found that there were a number of significant drawbacks. Besides the added weight, electrical complexity, and dependence on weather conditions, solar cells are difficult to integrate into wings without reducing aerodynamic efficiency. Given what we have already seen from [rcflightest]’s various experiences/struggles with solar planes, one begins to wonder if it’s really worth it.