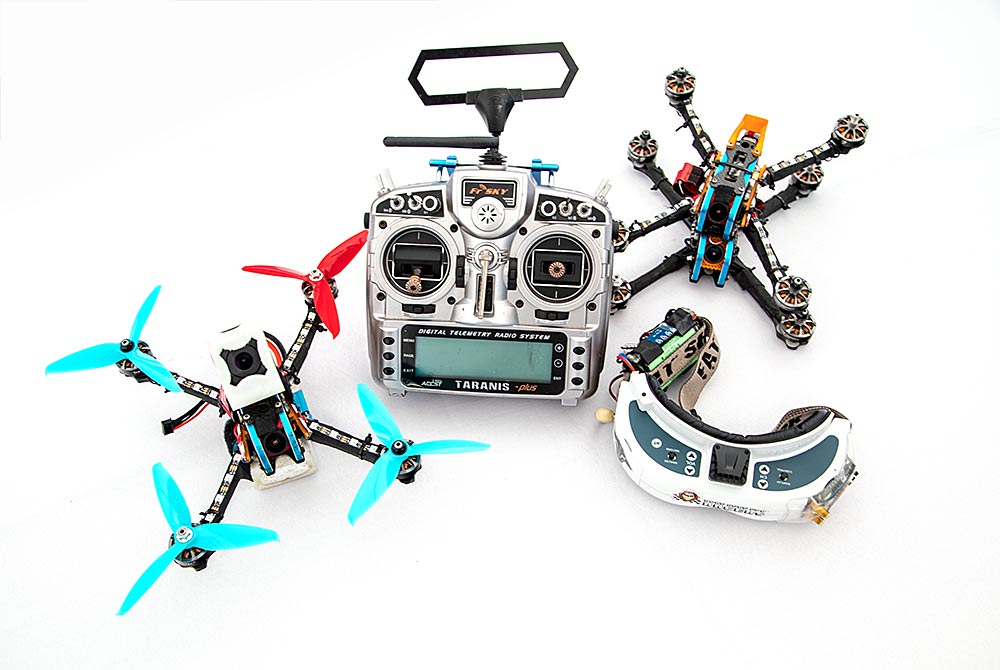 All the gear: what a drone racing pilot needs

Drone racing is booming – and with the first FAI Drone Racing World Championships on the horizon, we’ve got the truth about what a top drone racing pilot needs.

Pilot: Obviously the first thing is the pilot. A junior is less than 18 years old. You will see that they all wear first person view (FPV) glasses and use a remote controller to pilot their drone. Some like to stand, others to sit: in a big drone race you will see both.

Competition crew: Pilots cannot run alone. The team of people involved in a competition includes Spotters, Judges and Starters. An observer stands behind a pilot and acts as his eyes apart from the goggles. The pilots do not have a rearview mirror, so they have an important role. The judges – there is one per pilot – check the pilot’s video feed. If a driver misses a gate, the judge calls the driver’s number and he must repeat the lap. The Starter has a safety role and directs the race.

Timing and scoring system: The timing system records the number of laps completed by each drone, when they cross the line and the order in which they cross. Different systems are used: infrared and a system that records the drone’s power signal as it passes. The scoring system for the FAI World Drone Racing Championships in China will be provided by FAI’s global technical partner, Noosphere, and will use its eNavigator system for real-time scoring both on the stadium’s large screens and online. .

The drone: We all know drones these days. You get mini drones, very small ones, you get toy drones that are meant to be used indoors, then camera drones, which can be quite expensive, and then you get racing drones. You can buy a racing drone kit, but most people buy the frame and all the electronics to go in separately.

It’s like Lego with soldering – it looks complicated but it’s still plug-and-play. You buy the frame, the motors, the accessories, the camera and you build them. It’s about $ 200-300 to ride a racing drone. It’s not too expensive, but if you break down you most likely break a propeller or motor. When you come to a big competition, you will bring at least two working quads. Before the competition, FAI judges check the drones and the rules allow them to check three per pilot.

Protective glasses: These are what the pilot uses to see what the drone’s view is while it is flying. The camera is placed on the front of the racing drone, real-time images are then sent from a video transmitter to a video receiver, which then displays them on the goggles. It is an analog signal and it is instantaneous. You’ll mostly see FatShark goggles on competition riders, although there are a few other brands on the market as well. They cost around $ 350.

Radio transmitter and receiver: A radio transmitter (TX) allows pilots to control the drone. The signals are received by a radio receiver (RX), which is connected to the electronic â€œbrainâ€ of the drone, the flight controller (FC). Most transmitters operate on a frequency of 2.4 GHz. They can last a long time, so it’s worth buying a good one and getting used to it. Ergonomics, the feel in your hands, is important. They come in 4, 6, 8, and 9 channels – for drone racing you want at least 6 channels. A decent one will cost around $ 200.

Total: It costs about US $ 1,000 to equip a racing drone – that is, drones, goggles, radio transmitter and spare parts.

Introducing the new world of drones