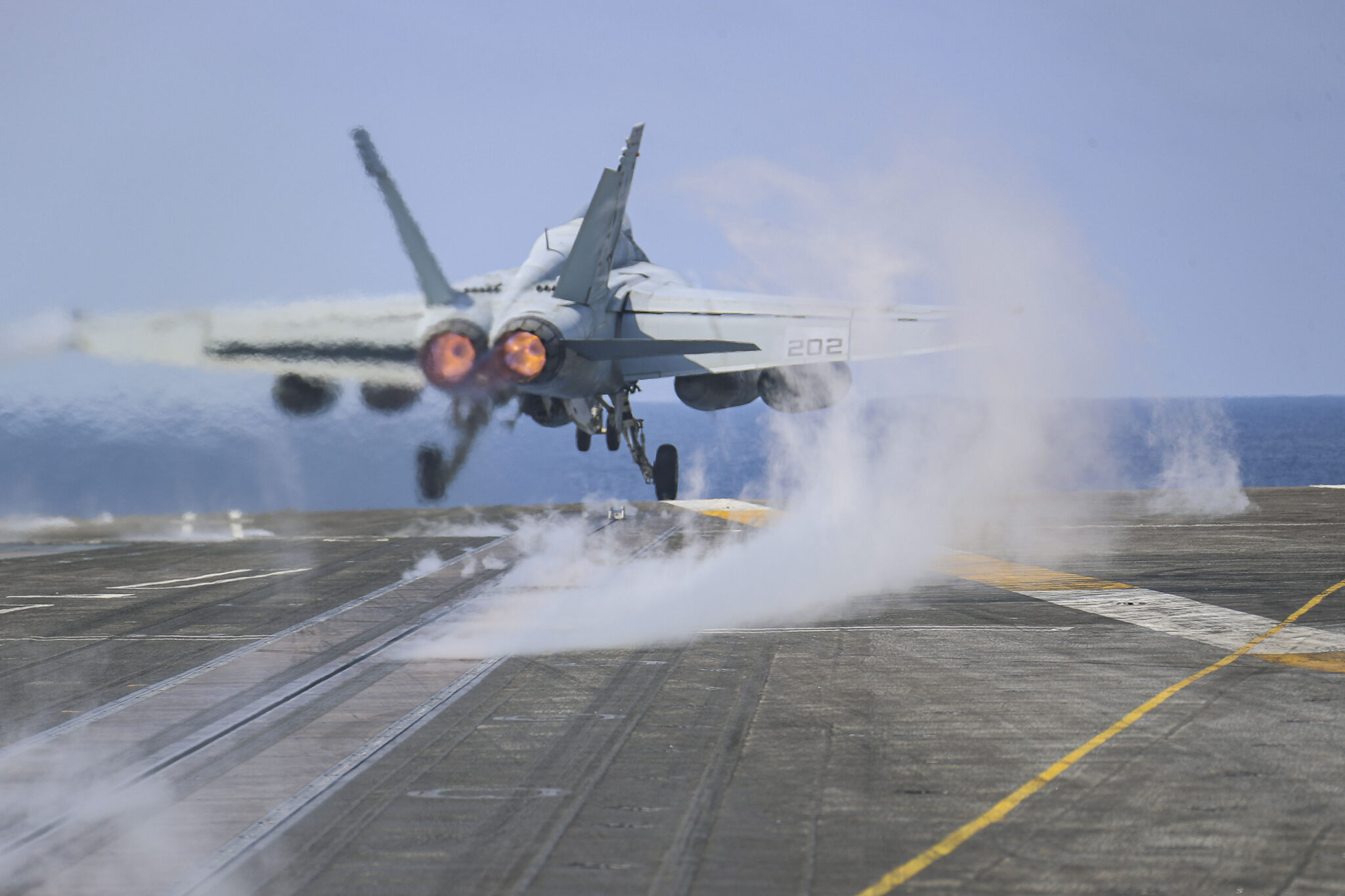 ARLINGTON, Va. — The U.S. Navy and Marine Corps operated over the Yellow Sea off the west coast of North Korea in a demonstration in response to North Korean launches of intercontinental ballistic missiles.

USS Abraham Lincoln (CVN 72), deployed in the Western Pacific region, launched F-35C Lightning II and F/A-18 Super Hornet strike fighters assigned to Carrier Air Wing Nine in international airspace over the Yellow Sea, which was described as “a demonstration of our resolve and commitment to our regional allies,” in a March 15 statement from the U.S. 7th Fleet.

These flights followed the launch of two ICBMs by the Democratic People’s Republic of Korea on February 27 and March 5, respectively.

The F-35Cs are assigned to Marine Fighter Attack Squadron 314, which took the F-35Cs from the Marine Corps on their first deployment.

Additionally, US Air Force aircraft based in the region also participated.

The U.S. Indo-Pacific Command has stepped up reconnaissance and surveillance collection efforts in the Yellow Sea, while U.S. Forces Korea has bolstered the ballistic missile defense posture in South Korea,

“The DPRK’s ICBM launches are a flagrant violation of several UN Security Council resolutions – as well as its international commitments – and pose a threat to regional neighbors and the international community,” the statement said.

“We have made clear our growing concern over the significant increase in DPRK missile testing, and we will continue to take all necessary steps to ensure the safety of the United States and our allies. We remain in close coordination with our allies and partners to address the threats posed by the DPRK. Our commitment to the defense of the Republic of Korea and Japan remains unwavering. »