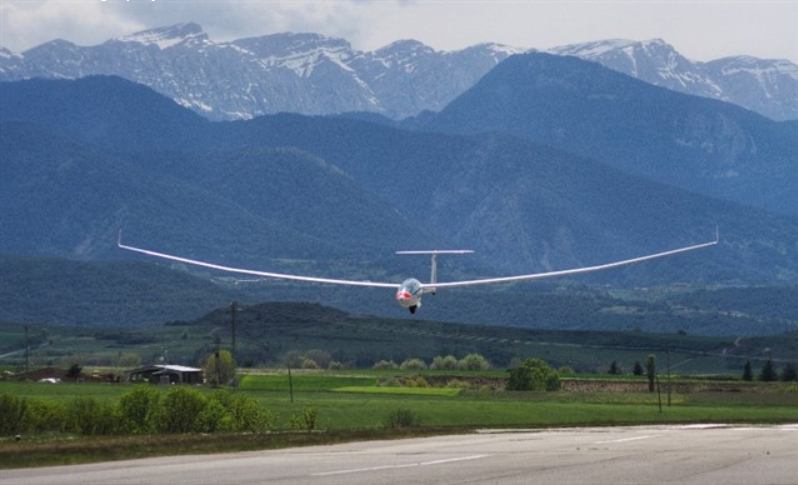 The place
If you can imagine a perfect amphitheater for a glider race, it would be the Cerdanya valley. At the eastern end of the valley, which is in France, sits the impressive Vauban Fortress at Mont Louis at 3,500 feet above sea level. The valley descends 60 km to 1,000 feet west to Seo DeUrgell in Spain, flanked on both sides by mountains reaching 9,000 feet. Protected from the humid air coming from the North and the West, the valley enjoys a microclimate offering excellent conditions for gliding. If the winds are light, the thermal energy and convergences can be spectacular, and if the wind is strong in almost all directions, the lift of the waves can be used for very fast and thrilling races.
La Cerdagne aerodrome, headquarters of the Aeroclub de Barcelona, ​​has top-notch facilities and is ideally located near the Franco-Spanish border. Under good conditions, races are possible along the Pyrenean mountains to the west of the valley, almost to Pamplona.

The pilots
Of the 19 pilots who will be on the grid on the first day of racing, no less than four of them have been world gliding champions in previous years and eight other pilots have won world championship medals. The many other past accomplishments of these drivers include four European champions and seven continental championship medals. Such a talented group of pilots coming together to compete for the coveted title of Sailing Grand Prix World Champion will ensure tight and competitive races. Of course, the rest of the competitors will do their utmost to win their first title and make sure that the winner is a very deserving driver.

Past performance of Sebastien kawa (PL) and his recent victory at the European Championships in Poland make him a big favorite, but we can be sure that there will be plenty of other competitors trying to take the top spot.

Maximilien Seis (FR) and Didier Hauss (FR), both former world champions of the Sailing Grand Prix, are masters in this form of regatta and must have a good chance of getting on the podium. 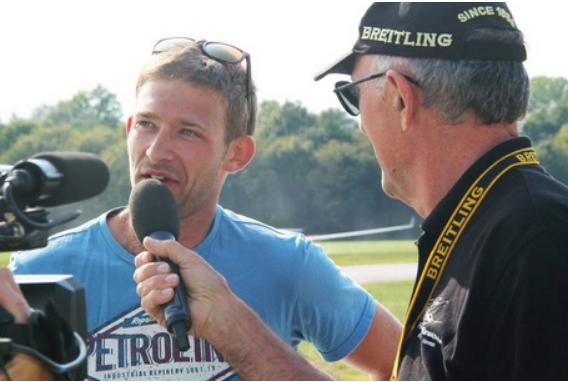 The FAI / SGP national event series is unique in that it brings into the international competitive environment pilots who have few opportunities to compete at this level. Most of them are national champions in their own country and will be keen to prove their competitiveness and skills on this global platform.

Following the competition
The races will take place every afternoon. The preview broadcasts are expected to start around 2:00 p.m. and the start of the race at around 2:30 p.m. The SGP media team will be posting driver interviews and highlights from each race day on the event website www.sgp.aero, as well as photos and videos of the action around Potchefstroom during the final.

The first race will take place on Sunday June 2. To follow the results of race coverage and driver interviews live, visit the event website at sgp.aero/finals2019