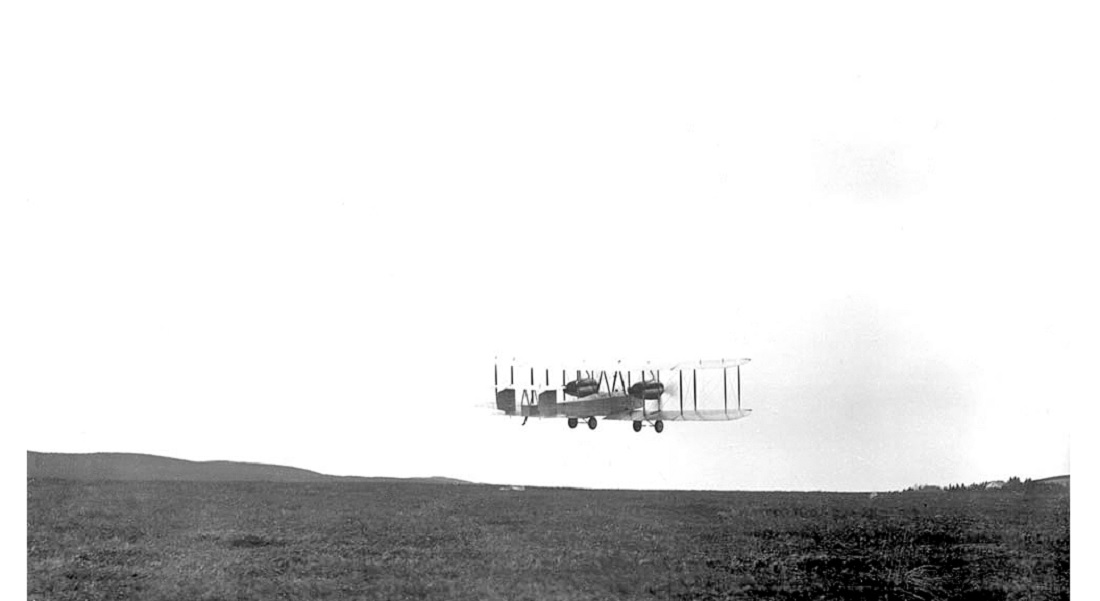 “We had a terrible trip,” commented John Alcock, after making the first non-stop transatlantic flight with navigator Arthur Brown on June 15, 1919.

Transatlantic air passengers today enjoy hot meals, cold drinks and a reclining seat for watching a movie, working or reading a book. For British aviators John Alcock and Arthur Brown who flew from Newfoundland to Clifden, Ireland 100 years ago in June, their trip was not so relaxing …

Taking off from the makeshift track in St. Johns, the duo were in a pretty rush and barely cleared the trees at the end. The reason for their hasty take-off was that they were entering a contest run by the British newspaper Daily Mail, and they both wanted to win! The prize of Â£ 10,000 would be awarded to “the aviator who will cross the Atlantic for the first time in a plane in flight from any point in the United States of America, Canada or Earth- New to any point in Great Britain or Ireland in 72 continuous hours â€and has been contested by several other teams.

Their aircraft was a modified open-cockpit Vickers Vimy biplane constructed from wood, canvas and wire. It had two Rolls-Royce Eagle 360 â€‹â€‹hp engines.

The airmen experienced extremely difficult setbacks during the flight. The wind power generator broke down, which meant there was no heating, no intercom, and no radio. In addition, the exhaust pipe burst making communication between the two impossible.

Added to their problems were the weather conditions including fog, driving rain and snow, with freezing temperatures causing one of the carburetors to freeze. There are reports of Brown climbing up the wing to chip the ice.

The pair nearly came to an end when the engine stalled and began to spiral toward the ocean, but luckily Alcock was able to regain control of the plane before it reached the water.

â€œWe had a terrible trip. The wonder is that we are here at all. We could hardly see the sun or the moon or the starsâ€¦ The fog was very dense and we sometimes had to descend 300 feet from the sea.

Despite these incredible hardships, the brave duo landed safely at 8:40 a.m. on June 15, 1919 in Clifden, County Galway – not far from their intended destination – after a 16-hour flight. To add insult to injury, the “green field” they landed in turned out to be a bog and the plane began to sink.

Very relieved to have landed safe and sound, the duo were of course welcomed as heroes. Winston Churchill presented them with the Daily Mail Award and both were ennobled by King George V at Windsor Castle. Tragically, John Alcock died just 6 months later, crashing in Rouen, France, on his way to the Paris Air Show. Arthur Brown survived to reach 62 years old.

The bravery of these two aviators on the first transatlantic crossing ushered in a new era in air travel and 100 years later (despite the challenges of jet lag) passengers are lucky that comfort levels have improved dramatically. !

To celebrate the centenary, a statue of the two airmen – usually on display at London Heathrow Airport – was brought to their landing point in Clifden, Ireland. A new statue of the couple has also been ordered from St Johns.